Former financial adviser and FPA director Kevin Bailey has found himself in the middle of a dispute between the government and the public broadcaster over a controversial on-air slur.

Mr Bailey stood as a candidate for the Australian Conservatives party in the recent by-election in the Victorian seat of Batman.

In a sketch for the ABC TV program Tonightly with Tom Ballard, comedian Greg Larsen described Mr Bailey using an offensive four-letter word, with an accompanying image displaying a satirical campaign poster containing the phrase “Kevin Bailey is a c—t”.

In response, Minister for Communications and the Arts Mitch Fifield issued a statement calling out the ABC’s editorial decision-making and demanding that the public broadcaster apologise to Mr Bailey.

“Candidates for elected office expect to be criticised and parodied. But this ABC segment clearly crossed a line, particularly given that it was directed towards an individual who has served his nation in uniform,” Senator Fifield said.

“Vitriolic abuse of this kind has no place on the national broadcaster and I will be asking the ABC to investigate. The ABC should also immediately offer an unreserved apology to Mr Bailey.”

Australian Conservatives leader Cory Bernardi also issued a statement saying the attack goes “far beyond satire” and that the segment was “completely unacceptable”.

Mr Bailey founded The Money Managers in 1996, which was one of the founding firms of the Shadforth Financial Group, subsequently acquired by IOOF in 2014.

He is also a former director of the FPA, a Future2 ambassador and holder of the Certified Financial Planner designation, and has previously written for ifa on the topic of philanthropy.

Senator Bernardi has previously told ifa he sees financial advisers as a natural ally for the Australian Conservatives party and supports deregulation of the sector.

An edited version of the controversial image aired by ABC TV is below: 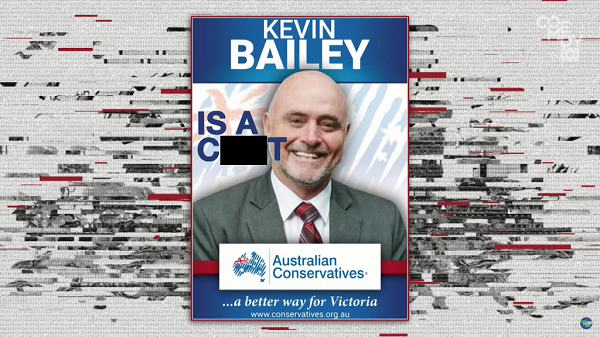 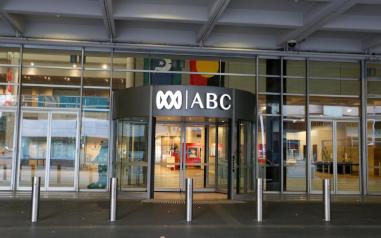