Last week, ifa reported that 29.8 per cent of financial advisers looking to switch licensees would opt for the self-licensed route, off the back of Forte Asset Solutions and Momentum Intelligence research.

Reflecting on the research, Kath Bowler, chief executive of Licensing for Accountants, told ifa sister title Accountants Daily that she is seeing the opposite trend in the accounting space, with a move away from the self-licensing option.

Speaking anecdotally, Ms Bowler believes less than 10 per cent of the accountants she’s dealt with are satisfied with their licensing option.

Further, she’s seeing significant evidence of accountants switching licensees, because they’re finding the offering they locked down to make the July 2016 deadline hasn’t been working for them.

“The templates aren’t what they want, the compliance to get statements of advice approved is too onerous and blows out the cost of their advice. Also, there hasn’t been sufficient induction support for accountants to know what to do when they give the advice,” she said.

“We’ve had people done with licensing and then moving back and forth, and they’re quite overwhelmed by the process.”

Accountants are finding that dealer groups and licensees are not in tune with accountants’ way of working and thinking.

“They are either nervous of ASIC’s interpretation and taking it very seriously and being conservative to the point of unworkable, or they’re just not giving the right amount of support to their authorised representatives,” Ms Bowler said.

Ms Bowler said she “can’t see” how accountants will be able to continue in this space without a licensing solution in place, but equally believes there will be changes to the way ASIC handles it moving forward, given it has so far not been hugely successful or a clean process for the corporate regulator and accountants. 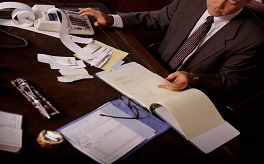