Sean Pennington, who was a CommInsure BDM in Sydney for the past five years and a business insurance specialist at the bank before that, will start at Avalon today.

The move follows ifa’s exclusive revelation that CommInsure plans cuts to its retail distribution team. It also follows CBA chief executive Ian Narev’s confirmation this week that the bank may seek to divest from its life insurance business.

“I am delighted to announce the appointment of Sean Pennington as ‘general manager – risk’ following another year of growth, and with the expectation of a steeper growth curve over the coming 12 months,” Mr Hornsby said.

“Sean has one of the best strategic risk backgrounds of anyone in the industry and comes with a wealth of experience liaising with life offices of all sizes, as well as assisting advisers in growing their businesses.”

Mr Hornsby also announced the successful onboarding of a number of advisers over the past year.

Avalon now has 33 authorised representatives, up from just 20 in July 2017. It also turns down one out of every three applications from advisers.

He said there are a number of key motivations in joining the group, including the licensee’s management team, platform offering and compliance prowess.

“Those moving from the institutional space simply see it as a career development,” Mr Hornsby said. “The adviser has come to the point in their career where they prefer to provide advice as opposed to sell product.

“Those joining from the non-aligned space are doing so to make their business align more so with the values of the FOFA legislation and the future direction of the industry.” 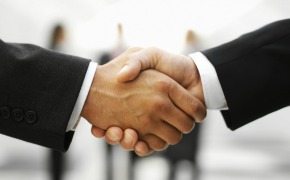