Infocus Wealth Management has spoken out after one of its financial advisers was banned by ASIC last week, saying it was only recently made aware of the prior misconduct at ANZ despite the group conducting a due diligence process.

On Friday, ASIC announced it had permanently banned Robert Hutchison of Western Australia for dishonestly banking cheques he received from his clients for advice fees directly into his personal bank account, when he knew he was obliged to remit or report them to his licensee, ANZ-aligned RI Advice.

Infocus Wealth Management said it “promptly revoked” Mr Hutchison’s authority to provide advice after being notified of his banning.

Infocus managing director and chief executive Rod Bristow said the group was unaware of Mr Hutchison’s past behaviour, despite having conducted a due diligence process.

“As an organisation, Infocus stands for quality advice for Australians from all walks of life. At no stage do we condone any adviser’s conduct that is not in the best interests of clients,” Mr Bristow said in a statement to ifa.

“Our adviser due diligence process is thorough. Prior to any adviser joining the Infocus group, we ask a series of questions of the adviser and engage with their previous licensee to understand why the adviser is changing AFSLs.

“Unfortunately, we were not made aware of any details relating to this particular issue.

“In addition to acting swiftly to revoke Mr Hutchison’s authority to provide advice, we are actively working with the clients of Mr Hutchison’s business to ensure a smooth transition to a new adviser.”

In a statement to ifa, an RI Advice spokesperson said the dealer group had suspended Mr Hutchinson on 31 July 2012 and launched an investigation after noticing "irregularities with his work".

"The investigation identified the extent of Mr Hutchinson’s misconduct and how many of his clients were affected. Investigators interviewed staff at the RI Subiaco office as well as Mr Hutchinson, and reviewed client files," the spokesperson said.

"After completing the investigation, RI repaid fees to about 45 clients who were overcharged or charged twice. RI then terminated Mr Hutchinson’s authorisation to provide advice on 3 September 2013.

"RI has since implemented additional monitoring and supervision initiatives to prevent, identify and address conduct of this kind."

RI Advice did not answer ifa's question as to whether it had notified Neo Financial Solutions or Infocus Wealth Management in regard to the investigation.

In March 2017, ASIC flagged the need for better reference-checking processes as a way to prevent rogue advisers from circling the industry. 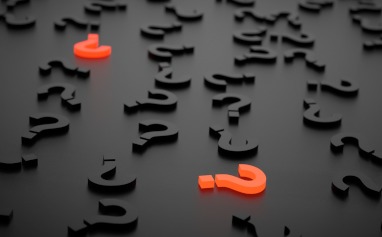