Adviser reference-checking may not be enough: Vamos

Former ASFA chief executive Pauline Vamos has questioned whether the new adviser reference-checking protocol is likely to control the spread of dodgy advice, saying some firms will still hire financial advisers even if they are under investigation.

ifa reported in September last year that the Australian Bankers’ Association had created a new protocol intended to encourage banks to check references and share information on bad apple advisers.

ASIC flagged the need for better reference-checking processes in March as a way to prevent rogue advisers from circling the industry.

While moderating a panel at the Banking and Finance Oath conference in Sydney yesterday, Ms Vamos asked what steps would follow this protocol, since it might not be enough.

“I had a situation where I was on the board of a financial planning firm and we actually terminated the planner because they were committing fraud,” she said.

“I told them, ‘You are hiring somebody who we’re currently investigating for fraud. We’ve also raised it with the police’. They hired them anyway.”

ASIC deputy chairman Peter Kell responded by saying he would expect the situation to be reported to ASIC, even if it’s not a formal breach report.

He also reiterated the importance of reference-checking, although it is not something he expected would need regulation.

“Too long we’ve had the frankly hopeless situation of poor financial advisers being terminated at one firm and walking down the road and joining another firm,” he said.

“The first firm doesn’t provide a clear reference and the second firm doesn’t even ask for one. Now, that is both self-defeating and ultimately, in my view, unethical.

“It shouldn’t require regulation to fix that. So now I think it’s overdue and I’m very pleased to see we have a standard being introduced that can solve a problem like that.”

Adviser reference-checking may not be enough: Vamos 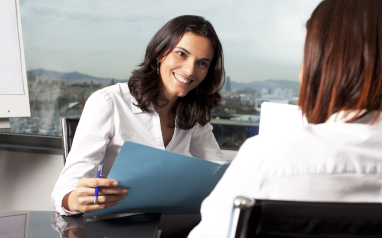