The number of women enrolled in Kaplan’s Master of Financial Planning is now at the highest level ever, signalling an important shift in the financial advice sector, Kaplan’s chief executive has said.

“We're really happy with these stats and it’s showing an increase in the number of women who are embracing further study and upskilling. When our demographic data comes out, I imagine we’ll see a number of younger women in those stats.”

Speaking on the overall number of total students for the course, Mr Knight said that while enrollments in the 2016 Master of Financial Planning course grew significantly compared to the previous year, 2017 has seen an even greater spike.

“In 2016, we saw a 40 per cent growth in the number of students doing the Master in Financial Planning, compared to the number of enrollments in 2015,” he said.

“Now in 2017, we haven't even finished quarter two yet, and we’ve already equalled the number of students we had in the whole of 2016.”

Another trend Mr Knight notes is that more people are flocking to higher-level degrees.

“People who have a qualification are looking to see if they can do it at a higher level, so we're still getting a good take up on the advanced diploma but more and more are moving towards the higher-level graduate certificate and master's pathway,” he said.

The bill will also mandate an exam that will represent a common benchmark across the industry and an ongoing professional development component.

Recently there has been debate on whether or not gender quotas should be used to encourage gender equality in the financial advice sector. 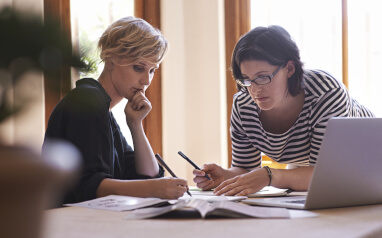