Synchron says it is “punching above its weight” after it announced figures showing major growth in new risk business as well as a need to grow the licensee in South Australia.

At an event in Adelaide yesterday, Synchron revealed it made $23.8 million from new life insurance business during 2016, a growth of $3.6 million.

It was ranked number three out of Australia's top 12 licensees in terms of new risk business with 12.4 per cent growth and a 4.5 per cent market share, behind just AMP Financial Planning and Charter Financial Planning, Synchron said.

Synchron said it was also the only licensee within the top 12 to have significant growth in new risk business, with nine licensees recording negative growth and the other two recording minimal growth.

Synchron noted its growth from 93 advisers in 2005 to its current figure of 445 advisers, making it the 7th largest licensee in terms of adviser numbers, as well as the only licensee in the top 10 to be non-institutionally owned.

Director Don Trapnell said he is proud of the licensee’s growth.

“That means we're punching way above our weight.”

“They're lonely. I trust and know that Sheridan Wright will change that.” 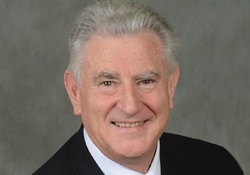