The new group is currently being established.

The Council of Australian Life Insurers (CALI) is set to launch later this year, with a spokesperson saying on Wednesday that the new peak body will have a focus on meeting the evolving needs and expectations of customers and supporting the ongoing development of the life insurance industry.

“Throughout a continued period of policy reform in the lead-up to and following the Royal Commission, the life insurance industry has undergone significant change, including structural changes via industry consolidation and specialisation,” the spokesperson said.

“Given the changing landscape in both regulation and structure, as an industry, we believe the time is right to form a dedicated peak body to focus solely on matters affecting the life insurance industry and its customers.”

It has also been confirmed that CALI will look to take over the future responsibility of the life insurance code of practice (LICOP), previously looked after by the Financial Services Council (FSC), as part of the transition arrangements with the FSC.

However, the group said it will work closely with the FSC on a range of issues following its launch.

CALI has pledged to lift consumer standards in the industry, advocate for Australians to have access to affordable life insurance protection and to seek opportunities for the life insurance industry to further contribute to the community.

“Life insurance plays an essential role in Australia’s community and economy, and it is important that it remains accessible and sustainable for all Australians into the future,” the CALI spokesperson continued.

“Through CALI, we intend to strengthen our engagement and relationships with our stakeholders, including consumers, their representatives, policymakers and regulators, to ensure we deeply understand their views.

“The Council of Australian Life Insurers will be the progressive voice of life insurance in Australia, focusing on what is important to consumers and making continuous improvements to meet those expectations. CALI will also look to foster and strengthen the knowledge and understanding of Australians on the value of life insurance, and the importance of the benefits and protections it provides.”

CALI is currently being established and recruitment for a CEO and staff has already commenced.

An official launch date is yet to be confirmed.

In a separate statement, the FSC welcomed the formation of CALI, saying it looks forward to collaborating with the new association.

“The FSC’s priority is continuing to be a strong advocate for our broader membership across funds management, superannuation, financial advice, life insurance and investment platforms, and we welcome the opportunity to collaborate with aligned organisations that represent subsectors within the industry,” FSC CEO Blake Briggs said.

Shortly after its inaugural announcement, the group confirmed former CEO of MLC and Perpetual, Geoff Lloyd, has been announced as its chair of the advisory board and former Bankers Trust Australia director Rodney Payne as chairman. 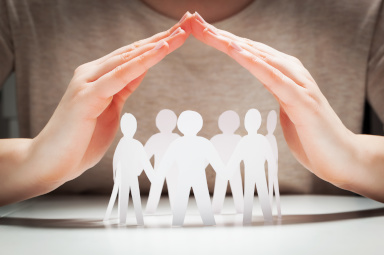