The general insurance company has announced the replacement for outgoing CRO David Watts.

Insurance Australia Group (IAG) has confirmed that Peter Taylor will join as group CRO in mid-2022, moving from Westpac where he worked as general manager, enterprise risk.

Prior to his time at Westpac, Mr Taylor spent 11 years in risk-specific roles including Commonwealth Bank as its EGM and chief operational risk officer.

“The combination of his skills with his passion for risk means he is extremely well equipped to take on this hugely important role for IAG.”

“I am grateful for the significant contribution both David and Craig have made to IAG and the personal support they have provided to me,” Mr Hawkins said.

“I wish them both well as they embark on the next stages of their careers.” 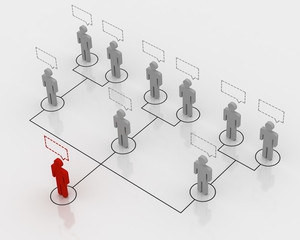