Suncorp CEO steps down from role

Suncorp chief executive and managing director Michael Cameron has announced he is resigning from his role after four years at the helm.

Mr Cameron will remain employed under Suncorp in an advisory capacity until 9 August, following the release of the company’s full-year results.

The board has meanwhile taken on a search for its new boss, taking into consideration domestic and international candidates, and is hoping to have a permanent replacement in the latter part of the year.

Deputy CFO Jeremy Robson will be replacing Mr Johnston as group CFO. Mr Robson has been with Suncorp for six years.

The company credited Mr Cameron for leading a “significant digital transformation of Suncorp, an enterprise wide focus on the customer” as well as navigating the business through a “period of unprecedented regulatory change”.

He has been on Suncorp’s board for seven years.

Chairman Christine McLoughlin said that while Mr Cameron had made a considerable contribution, now was the right time for change.

“On behalf of the board I would like to thank Michael for his leadership in accelerating our digital capacity and in driving a customer-first culture,” Ms McLoughlin said.

“Steve is highly regarded by his peers and has successfully served in various leadership roles in his 13 years at Suncorp. He has played an integral role in the transformation of Suncorp.”

Although the bank noted ‘challenging’ conditions, it said its full-year earnings are in line with market expectations. Suncorp said natural hazards above allowance, investment market performance and unforeseen regulatory costs could impact its reported result and outlook.

To combat a competitive and challenging external environment, the company is aiming to strengthen its core businesses by focusing on its customers, products and brands.

Suncorp’s full-year results will be delivered on 7 August.

Suncorp CEO steps down from role 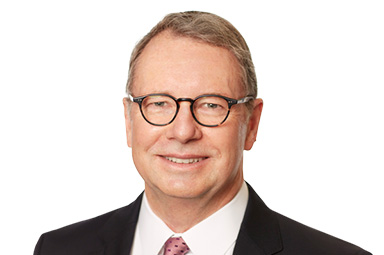