The board of the Insurance Council of Australia has appointed a new president and chairman at a meeting in Sydney.

Hollard Insurance Company chief executive Richard Enthoven has been appointed as the council’s new president and chairman for a two-year engagement, having previously served as the group’s deputy president.

Mr Enthoven has been acting as president of the council since the departure of former president Anthony Day from his position as Suncorp’s chief executive for insurance.

“[Mr Enthoven's] perspective on how the insurance industry should respond to the challenges posed by the rapidly changing social, economic and political landscape will be invaluable,” he said.

“On behalf of the board and the industry I thank Anthony Day for his contribution to the ICA board during a testing year.”

Mr Enthoven said he was honoured to accept the role and looked forward to leading the council over the coming two years.

“The ICA has a proud tradition of ethically and expertly promoting its members’ roles in providing insurance protection and security to the community. I’m passionate in seeing this role continue in consultation with key stakeholders,” he said. 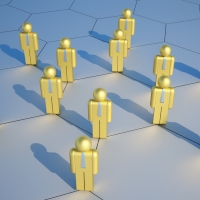