In the release of its full-year results CBA has announced it is looking to divest its life insurance businesses.

This week CBA released its full-year results and announced it is in conversations with third parties to look at the divestment of its life insurance businesses.

“We are in discussions with third parties in relation to their potential interest in our life insurance businesses in Australia and New Zealand,” CBA said.

“The outcome of those discussions is uncertain. While the discussions may lead to the divestment of those businesses, we will also consider a full range of alternatives, including retaining the businesses, reinsurance arrangements or other strategic options.

Meanwhile, CBA recorded a full-year cash net profit after tax of $9.88 billion, up 4.6 per cent on the previous year.

CBA will release its annual report on Monday, which will contain the remuneration report for CBA executives. 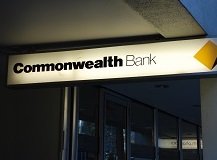