An academic has flagged concerns about the product design and sale of funeral cover, referring to it as “just low-value life insurance”.

Associate Dean of the University of Sydney Business School, Sandra van der Laan, told Risk Adviser that funeral insurance can cost many times more than a funeral, saying “there have been reports of customers paying nearly $90,000 in insurance premiums over a long period of time”.

“Funeral insurance is being marketed aggressively to consumers who do not understand or realise it is generally just low-value life insurance,” Dr van der Laan said.

“Funeral insurance differs from pre-paid or pre-need funerals in that consumers are buying a product that has no spending restrictions. You do not have to spend the amount paid out on a funeral.”

Research from the University of Sydney Business School found that while the average basic funeral in Australia costs around $6,000, all regulatory requirements related to the disposal of a body can be met for as little as $1,200.

A research paper, It’s your funeral – an investigation of death care and the funeral industry in Australia, published by the university highlighted the concentration of ownership in the eastern states where a single company, InvoCare, controls 80 per cent of the funeral market.

Dr van der Laan described the funeral industry as one “shrouded in secrecy”, saying costs are easily inflated by funeral directors who offer total packages rather than itemised quotes.

“Upselling is also common with funeral directors basically hinting that if you loved the departed, you should consider a more expensive coffin which might be marked up by a thousand per cent,” she said.

“Upselling also goes on in relation to flowers and a range of other things that you actually don’t need.” 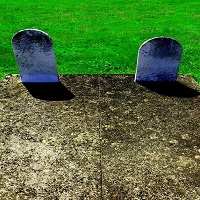