Advice out of reach of families: insurer

An insurer believes there will be continuing demand for direct life insurance as financial advice remains unaffordable for many Australian families.

Real Insurance founder Richard Enthoven says direct life insurance makes cover accessible to families who otherwise would be uncovered as “not all Australians can afford or need financial advice”.

He cited Roy Morgan data, which he said “shows that the channel used to purchase insurance has a strong correlation with satisfaction levels”.

“Given developments in technology, Australians are becoming increasingly confident about doing things themselves that they previously couldn’t do, like researching life insurance online and then purchasing it directly,” Mr Enthoven said in a statement.

According to the Family Protection Survey, which was commissioned by Real Insurance and conducted by CoreData, around 38 per cent of respondents surveyed do not have any life insurance, while just over 22 per cent said they don’t feel confident that the insurance they have is adequate for their needs.

Around 40 per cent of respondents said they have not chosen caretakers for their children in the event of their death, while just over 56 per cent said they do not have a will.

The survey asked 1,000 Australian parents in April 2017 about the methods they use to protect their families.

Two hundred respondents were surveyed each from New South Wales, Victoria, Queensland and Western Australia, while another 200 came from the remaining states and territories.

Advice out of reach of families: insurer 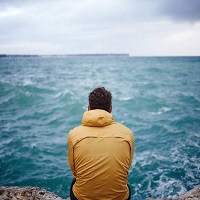