A loan protection insurance company believes group insurance will not adequately protect a mortgage holder’s income in the event of illness or redundancy.

Research commissioned by ALI Group found that 64 per cent of respondents had not seen an adviser to form a plan to cover their mortgage should they be unable work due to illness or redundancy.

ALI Group chief executive Huy Truong said many mortgage holders do not have a plan for such events.

The survey revealed that only 33 per cent of Australians said they would fall back on an insurance policy if a critical illness prevented them working or if they were made redundant at work, while 31 per cent would look to group insurance.

Thirty per cent of respondents said they had no form of insurance whatsoever to cover their income in the event of critical illness or redundancy.

Thirty per cent of respondents did not have a life insurance policy. Of those respondents, 41 per cent believed they didn’t need the cover, while 27 per cent thought it was too expensive. 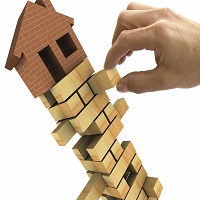