A study reveals that around half of all small business owners are exposing themselves, their families and employees to the financial impact of illness, injury or death through a lack of insurance cover.

The MetLife study found that only 16 per cent of small business owners have a financial back-up plan in place, MetLife said in a statement.

MetLife Australia chief executive Deanne Stewart said the research shows many SMEs have not given much thought to how they would maintain their financial independence and protect their families if they could no longer work.

“As far as their business was concerned, most respondents without life insurance said they would have to temporarily close their business or rely on their employees to run it,” Ms Stewart said.

“Some say their business has enough capital to survive, while others would have to fall back on family support.”

The survey sampled 1,001 small business owners around Australia, covering every state and territory. 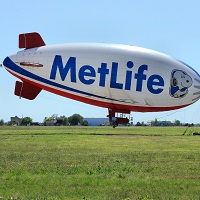