Witnessing my parents’ battles with cancer over many years revealed some important personal and financial lessons to me about the importance of personal insurance.

Towards the end of 1995, mum noticed a small lump had appeared on the right side of her neck just beneath her jawline. She saw her GP who didn’t think much of it and reassured her that it was likely some glands were blocked and that the issues should sort itself with time. Six months passed and there had been no improvement. By that stage, mum had started to become more concerned and so she asked dad, a dental technician, to take a look inside her mouth. Dad wasn’t a doctor but he could tell there was a problem. The next day, they saw a specialist who confirmed dad’s fears.

Mum had mouth cancer. She was 46-years-old.

Not long after her diagnosis, mum was admitted to hospital. She underwent extensive surgery that culminated with the doctors removing part of the floor of her mouth. Following her recovery in intensive care, during which she was feed though a nasal tube, mum soldiered on through radiation therapy every day for the next eight weeks. The dramatic weight loss, nausea and burns from the therapy took a heavy toll, and she was re-admitted into hospital several times.

Mum’s second battle with cancer began eight years later in 2004 when a lump in her left breast was detected at her annual screening exam. Fortunately, the prognosis was positive and she would only require a lumpectomy, followed by a short cycle of radiation therapy. Unfortunately, the day before the radiation therapy was due to begin, the doctors realised that they wouldn’t be able to proceed because part of the area to be targeted had already been radiated by the treatment for the first cancer. Mum’s only viable option was to undergo a full mastectomy, followed by chemotherapy treatment.

There is an ominous superstition that bad things come in threes. Unfortunately, in my family’s case it would prove true.

In August 2007, while my parents were enjoying their annual camping holiday at Shark Bay, Western Australia, mum noticed that dad was unusually lethargic. When they returned home, dad developed a heavy cough that he struggled to shake off for weeks. He was prescribed a series of antibiotics but they didn’t help. Finally, he decided to see a different doctor for a second opinion. The second doctor suggested dad take a blood test. As soon as the GP’s office had the results, they were on the phone ordering dad to get to a hospital immediately.

Once a week thereafter, dad had to go the hospital for blood transfusions, in a bid to restore normal blood cell production. The transfusions helped but only temporarily. By Christmas 2007, the doctors advised that dad’s MDS had progressed into acute myeloid leukaemia.

At that point, mum decided to retire so she could focus her time and energy on looking after dad. The only treatment option was a bone marrow transplant, but the doctors advised they generally didn’t go down this path where patients were over 55-years-old. Dad was 61. Fortunately, dad’s brother was tested and found to be a 100 per cent donor match and the doctors agreed to proceed.

The next 100 days were critical in determining whether the surgery was successful. If dad could get through the 100 days, the odds of a full recovery would increase significantly. We patiently waited and counted every hour of every day, until he finally crossed the 100-day milestone. He’d made it. There was an overwhelming sense of relief. Dad was on track to make a full recovery and we could start putting this all behind us.

At least that’s what we thought.

Not long after the milestone, dad’s health began to deteriorate quickly and the doctors couldn’t explain why. He was admitted into hospital for more tests and transfusions, but over the next two weeks his condition worsened.

On the morning of 12 April 2008, the doctors gave us the devastating news. The bone marrow transplant had failed. There was nothing more that could be done.

A few hours later, dad passed away with mum and I by his side.

To add insult to injury, six months later, mum was diagnosed with cancer in her right breast. Her mouth cancer had also returned.

Mum’s third battle with cancer was the most difficult one. While still coming to terms with the loss of dad, she would somehow find the strength to endure another mastectomy, two long and complicated surgeries (14 hours each) to remove part of her jawbone and replace it using bone and tissue from her lower legs, and several reconstructive and cosmetic surgeries. Nine years have passed since the initial surgery, and it is only this year (2017) that the final set of surgeries are expected to be completed to reconstruct mum’s jaw.

These experiences not only took an emotional toll on the family, but they had significant financial implications as well. In particular, it revealed some important financial lessons to me about the importance of personal insurance.

We Aussies are well regarded for our carefree and optimistic ‘she’ll be right’ attitude to life. It’s an endearing quality, but one that creates a false sense of security when it comes to our insurance needs and reality. At the end of every day, around 350 new Australians will be diagnosed with cancer. If you’re female, the odds of being diagnosed with cancer are about one in three. If you’re a bloke, those odds increase to one in two. These odds paint a sobering picture that it may no longer be a case of ‘if’ something happens to us but ‘when’. We all need to recognise there are very real risks that exist which have a very real chance of impacting our lives. When it comes to our physical and financial wellbeing, ignorance is not bliss.

When considering their insurance needs, many couples make the unfortunate mistake of choosing to protect only the ‘primary’ (i.e. higher) income earner. The problem with this approach is that it’s like deciding that your left lung is more important than your right lung, when you need them both functioning if you want the best opportunity of enjoying life. My mum and dad both had full-time jobs yet dad was the only one with personal insurance. When mum went through her first battle with cancer, our family had to survive for several months on just dad’s income. This caused significant stress for my parents who had to make some difficult sacrifices. It was only years later that mum revealed that they were on verge of pulling me out of private school and sacrificing one of their most important goals which was to give their son the type of education they never had.

Many people assume that if they have private health insurance that a lot of the medical costs associated with treatments will be covered. My parents certainly did, which is why they committed to going through the private health system after mum’s first cancer diagnosis. Despite having top-tier private health cover, they were still hit with significant out of pocket costs for drug treatments, medical scans, specialist appointments and radiation therapy. Even now, private health insurers won’t cover the costs of radiotherapy when it is conducted as an outpatient service, and there can be long waits if you opt to go through the public health system. By the time the dust had settled and mum had fully recovered, the cost of her cancer including lost income was almost $30,000.

When dad became sick and couldn’t work, his income protection insurance provided a monthly income that allowed mum to retire from work so she could be by dad’s side. It meant they didn’t have to stress about how they were going to pay the bills and could instead just focus on the time that they had left with each other. After dad passed away, mum used most of her retirement savings to pay off the remaining mortgage. Dad’s superannuation was relatively modest, and mum was still seven years away from being eligible for an age pension. Fortunately, dad had life insurance. His parting gift to mum would be the peace of mind that not only would she never have to work again, but that she would have more financial certainty of living the kind of life that they had imagined for themselves. 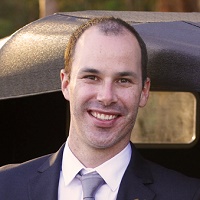