Gender inequality, misogyny and sexism are alive and well in our society and especially prevalent in financial advice. One adviser addresses the issues at stake.

Last week, I attended a financial planning conference by the Association of Financial Advisers (AFA) and I had a great time connecting with my colleagues. Unlike most conferences I attend where I’m in session back-to-back, I approached this conference a little differently.

Although the conference was full of amazing speakers including former prime minister John Howard, I spent very little time in sessions as I was busy reconnecting with old friends and meeting new ones. A common theme stood out this year.

I think financial advisers are a bunch of misogynists.

I know what you're thinking. “Wow Phil, that’s a loaded statement.” But I’ll give you a few examples to show how I came to this conclusion.

One of the sessions I attended was the extraordinary general meeting. A speaker got up and spoke about how us ‘guys’ need to come together to improve the industry. I appreciate that people often say ‘guys’ when referring to a group of people. However, to me – and the female adviser sitting next to me – it came across as though men are the linchpins of this industry.

Another conversation I had with a young woman my age who related several stories about how she had experienced an underlying prejudice with some influential men. One of them spoke to her male employee in a meeting as if he was clearly the boss and the other went over her head to her superior in an attempt to get her into trouble in some kind of weird power play.

At the EGM, I witnessed vitriol aimed at Deborah Kent, the outgoing AFA president, purely because she is a woman. Sure, those members who attacked her may have disagreed with the AFA on policy issues and Deborah is the president. But the way some people handled it was nothing short of disgraceful. I’m not convinced a male president would have received the same level of attacks.

There were also the interactions I had with several advisers about the AFA’s Female Excellence in Advice award. I highly commend the AFA for making their commitment to women in advice, who only make up 20 per cent of financial advisers. However, I heard plenty of comments along the lines of, “Why don’t males get their own award if we want equality?”, “Isn’t that sexist, having an only female award?” and “Females can win the Adviser of the Year award, why do they need a special one?”. These comments are loaded with misogynistic undertone. They are what we say when we don’t want to encourage an under-represented segment of our profession.

That wasn’t even the worst of the misogyny I’ve witnessed. While I would love to blame it on the older generation, unfortunately most of what I heard came from younger advisers.

I’ll admit I was hesitant to speak up about this issue publicly, not because I don’t think it is important, but because I was afraid I would come across as a white, privileged male trying to save those poor little defenceless women in a fake gender equality statement that only displays the opposite.

Instead, I only spoke about this issue in private conversations as I felt it wasn’t my right to make my views public. But I was recently reminded of Emma Watson’s talk to the UN in which she said:

“How can we affect change in the world when only half of it is invited or feel welcome to participate in the conversation?”

Gender inequality, misogyny, sexism or whatever else you want to call it is alive and well in our society and especially prevalent in financial advice. I’d like to commend organisations, like the AFA, for playing their part in improving the industry by having a dedicated female excellence award, a community of practices aimed at female advisers and actively seeking to appoint female board members. However, there is still so much more we can do.

Why does this matter to me?

Emma Watson poignantly concluded her speech at the UN asking the question of tackling gender equality that spoke right to my core and if you’ve made it this far, I want to ask you the same question:

Phil Thompson is a director of Thompson Financial Services 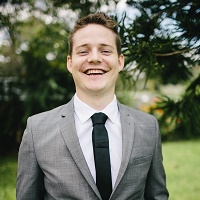