Culture may be the new black, but what culture?

Most investors would be aware of some of the recent scandals hitting the financial services sector. How did these large, respected, successful organisations manage to preside over behaviour that would not pass muster in any self-respecting organisation of any size or form?

Most investors would be aware of some of the recent scandals hitting the financial services sector. Think Storm Financial or any of the financial planning arms of the big four banks.

The central question that comes to mind is: How did these large, respected, successful organisations manage to preside over behaviour that would not pass muster in any self-respecting organisation of any size or form?

How did the big four banks – pillars of not only our corporate world, but of society generally – manage to get themselves into a position where 65 per cent of voters surveyed by Fairfax /Ipsos in March this year supported a Royal Commission into their behaviour.

The generally agreed answer is that it's corporateculture – specifically, the wrong corporate culture, where greed, self-interest and making money is paramount above all else. Where it’s OK to convince retirees to risk their life savings on the stock market only going up. Or where it’s deemed OK for bank operatives to conspire to set interbank interest rates to suit their own whims and careers prospects, or where career advancement involves concocting ways not to pay out on legitimate disability and life insurance claims.

Culture is a set of shared values or assumptions. If they are not the right ones, then the organisation is clearly headed for trouble.

The head of the corporate watchdog, ASIC’s Greg Medcraft, recently sought to answer this question by calling on the boards and CEOs of Australian corporates to take direct responsibility for the culture of the organisation they oversee.

We congratulate Mr Medcraft for putting the issue front and centre.

Unfortunately, in modern corporate Australia, culture has been too often hived off to the HR department.

But this is only half the problem; the other half is that, to quote the head of the Australian HR Institute, Peter Wilson, "contemporary HRM practice leans strongly to the view that people work most productively when they are motivated, engaged and loyal; in short, when they are happy”.

Also, unfortunately, the corollary of this view is that so-called engagement surveys have become ubiquitous in corporate Australia and elsewhere.

Managers and leaders focus on measuring staff engagement because, as Mr Wilson notes, a happy and connected workforce is thought to be the pathway to increased results. Staff engagement is the new metric of choice and figuring out how to better engage staff is widely seen as the new cure-all productivity tool.

There’s only one problem though. It’s not.

Armed with engagement survey results, business leaders are turning themselves inside out to attempt to individually satisfy the needs of their workforce and often spend more time on these endeavours than they do focusing individuals on achieving collective business outcomes.

Interestingly, if individuals are focused on having their own personal needs met through self-gratification, it is highly unlikely they will ever feel satisfied, regardless of any efforts taken to establish a happy workforce. Ironically, if individuals are focused on collectively achieving goals and sharing collective successes as a team, then it is more highly likely they will feel a deeper personal sense of satisfaction.

A telling survey conducted recently by Aon Hewitt reported that 57 per cent of staff do not trust their senior leadership teams. Why is this? What is it that staff are not trusting?

I and others would argue that an underpinning organisational cultural theme found in a large number of organisations today is the theme of 'entitlement'. This presents itself by employees, including leadership teams, being more focused on having their own personal needs met rather than working collectively together for the good of the organisation.

How does one slow, or reverse, this entitlement juggernaut?

Here are some suggestions:

First, let there be no doubt that boards and CEOs must take active and ongoing responsibility for an organisation’s culture: setting the values, monitoring implementation and performance.

Second, the attitudes of the leaders across the business must be addressed. Staff often witness leaders focusing more on what the individual leader wants and leaders motivated in having their own personal needs met, rather than leading wisely and making decisions in the best interests of the business.

Third, adopt ‘wise leadership’. A wise leader, does not absorb what is going on around them, they observe what is happening, without taking it personally.

Staff feel confident that when their wise leaders make decisions, even if it is not what they wanted, they have put the interests of the whole business first and they therefore trust in the decision leaders have made.

When an organisation is led by wise leaders, there is very little culture of entitlement. Staff stop thinking about what they want and instead are focused on the heightened sense of achievement experienced when shared goals are realised as a collective.

Sue Jauncey is founder and director of Pulse Australasia. Sue has experience working nationally and internationally with boards, executive and management teams, organisations across public, private, not-for-profit, government, and co-operatives.

Culture may be the new black, but what culture? 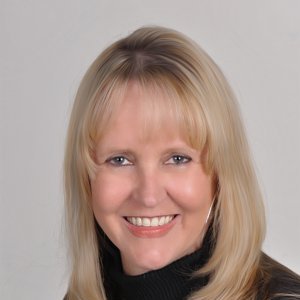