Why is it that one advice firm is able to completely redefine what's possible, while another similar one simply does what it's always done? That's a question I first began to ask with greater intensity in 2012.

It was an enjoyable year for me. I was working with a group of coaching clients I liked very much, and the opportunities to travel to speak were consistent.

I'd been told once, though, that the seeds of failure often sneakily sow themselves deep within the green laurels of success. So I began to look for a way of developing my coaching skills and expanding my knowledge. I'd generally found that a good first step is to begin a series of conversations with people you've not yet met, which is exactly what I did.

I began to talk to people both within the financial services industry and outside. One contact eventually led to the launch of the incubator Corporate to Freedom. However, elsewhere, other interesting developments popped up, as they usually do.

One name that began to get mentioned when I asked of bright ideas was that of the Astute Wheel.

Information was scant at first. It was an online client-engagement platform for advice businesses. It was a suite of modelling calculators. It was an educational tool. My interest was piqued, so I attended a seminar, the same one that Hans Eggers even today runs most Fridays, as long as there is demand.

Hans came across as a serious man. As we sat in the meeting room in his North Sydney offices, with advisers from around the country on the other end of the webinar, Hans ran through the tool with the skill of someone who had done so a thousand times.

It was good, very good, and I remember wondering how a relatively small financial planning firm had managed to create something that was more effective in pre-positioning advice to potential clients than anything I'd seen larger institutions match. It took me a further two years to make the decision to find out in greater detail.

What I discovered from delving below the surface was the story of a relatively normal financial advice business that, in 2005, identified a clear problem within their business and felt the drive to solve it.

They started with the most basic way of implementing their idea that would enable them to test their concept.

In their case, it was a PowerPoint presentation. They tested it with clients in real-life situations and, upon realising that it greatly enhanced their process, proved the commercial validity of their product by selling licenses to the presentation to 26 other businesses for $1,000 a pop. They did this all on a likely budget that most banks probably spend on coffee for a group of executives.

Concept proven, they made a brave decision to progress the Astute Wheel to become a commercially robust product. Hans sought out help, recognising that innovation is rarely a one-person activity. He brought in Michael Topper, someone who also believed in the concept and could see the end vision.

They endured through the GFC and a variety of other challenges, investing time and money (most of it personal capital) into creating a product that most of us only see in its final form then wonder: "How did they create that?"

The answer seems to be: in clear and well-defined stages, many of which closely mirror those used by Silicon Valley when building multi-million-dollar online companies from scratch.

Astute have done what until recently was a relative rarity for SME advice firms. They innovated big time. In doing so, they created something that helped their business achieve better client engagement, and helped clients better understand the process they were about to go through.

They created something new and, in doing so, extended their business’s capacity for success beyond that of their peers. Now, with their latest launch and growing footprint in South Africa, that extension is gathering pace.

It's a success story and one of a few outliers we're seeing right now. However, the big question is, given the level of general dissatisfaction among many advice-business owners with the way the industry operates right now, why hasn't it happened more?

That's likely a discussion for another article. However, like the rise of a new musical trend, often it takes just a few early pioneers to 'tip' something into becoming more widespread.

While for many industry upheaval represents risk and potential ruin, for an increasing number it represents the greatest opportunity to introduce financial advice to more people of recent times.

Stewart Bell is founder and business coach of specialist consulting firm Audere Coaching & Consulting. This article is an excerpt from his book Finnovation: The Advisers Guide to Innovating Your Business Model 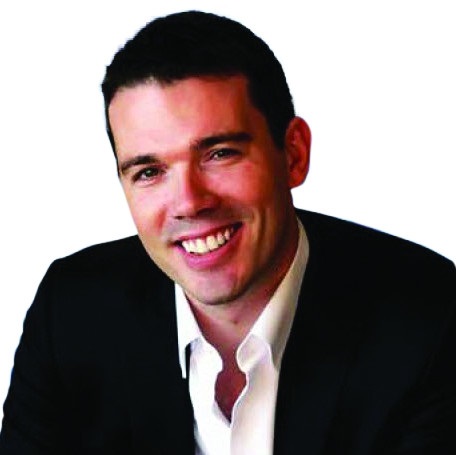 Last Updated: 11 May 2016 Published: 11 May 2016
risk
0 commentsjoin the conversation
risk
If Mary was your mother
Claimant payouts on the rise