APRA is urging insurers to review and improve their group coverage claims processes, saying that changes should not be made to bump up profits during volatile periods.

In its submission to the Senate Economics References Committee Scrutiny of Financial Advice inquiry, APRA said that the competition in the group life market tendering process in the past often emphasised the acquisition and retention of business rather than sustainability.

“APRA’s view is that the claims management process of an insurer should align to its claims philosophy. The philosophy should have a long-term view. Where insurance is taken out through superannuation (group insurance) it should form part of the agreement with superannuation trustees, and should not change in the short term to improve profitability,” APRA member Geoff Summerhayes wrote in a letter accompanying the submission.

The APRA submission highlighted that the mispricing of risk resulted in losses for insurers during 2013- 14.

During 2014-15, APRA observed that group insurers and reinsurers had made efforts to address many of the issues that gave rise to high claim costs from earlier mispricing of risk. However, APRA encouraged insurers to “continue to review their processes and make improvements where appropriate to incorporate lessons learned”.

“Increased claims for TPD business sold as group policies generated substantial losses in 2013, with some reinsurers being particularly affected. Losses continued into 2014, although the source of the losses shifted somewhat from group to individual disability income business,” APRA said.

“The life insurance industry continues to address the issues experienced in group business and, more recently, in individual disability income business. The industry's response to ongoing market volatility and a persistent low interest rate environment, together with pressures on overall industry operating efficiency, will continue to be areas of focus for APRA.” 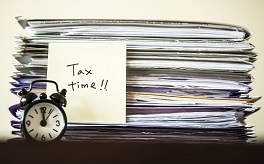