The life-changing value of advice

Personal insurance is a complex area, where guidance from a knowledgeable and caring adviser can add an immeasurable amount of value.

In my view, seeking advice is absolutely crucial and clients should never contemplate buying insurance without speaking with an adviser. An expert adviser who really knows their stuff will explain the different types of insurance, calculate the appropriate amount of cover, recommend the most suitable policy and suggest the best ownership structure. They will also be there to review a client’s circumstances over time, and, perhaps most importantly, they will lend a helping hand at claim time, working hard to smooth the way and reduce stress for the client.

Clients who decide to go it alone without the help of an adviser will almost always make poor choices and will generally purchase inferior, inflexible (and often very expensive) products. The level of cover is usually far below what they need, and sadly, should a claim become necessary, clients without an adviser by their side often struggle through a mountain of frustration and misery.

I am super passionate about the value of advice. Over the years I’ve heard too many sad stories of clients who decided to go it alone, only to later end up wishing they had sought help from an adviser. There is one particular story that resonates most strongly in my mind and that is the story of Allison and her late husband Bob. I met and helped Allison last year, and as a stark reminder of the dangers clients face when going it alone I’d like to share Allison and Bob’s story with you.

Bob and Allison (both 52 years of age) applied for Life Insurance with a direct insurer over the phone back in late 2009 – at that time they both took out $150,000 of cover, with Allison owning the policy. In August 2012, after having some routine medical tests Bob was sadly diagnosed with serious bowel cancer. Bob underwent surgery after which doctors told him the cancer had made its way into his lymph nodes. After a long recovery Bob struggled to return to work; however, it soon became clear that he wouldn’t be able to carry out his normal duties and he was forced to stop work altogether in late 2013. A few months later Allison needed to quit her own job so that she could care for Bob. Bob had no Trauma cover in place and no income protection cover. Life became a very tough struggle.

By late May 2014, Bob’s condition seemed to have stabilised to a degree, but faced with mounting financial stresses, Allison made a fateful call to the direct insurer. On that call she cancelled both her Life cover and Bob’s Life cover due to affordability concerns. By that time Bob’s cover had increased to over $180,000. The operator who took Allison’s call was aware that Bob had been very unwell with cancer and she made an effort to convince Allison to retain the cover but Allison still cancelled. On that same phone call, Allison was sold a joint $10,000 Funeral Insurance policy (only payable for accidental death for the first 12 months). Six days later, Bob and Allison’s Life cover was officially cancelled.

The very next day after the effective Life Insurance cancellation date – the very next day - Bob’s health took a dramatic turn for the worst and he was rushed to hospital. About a week later Bob was diagnosed as being terminally ill, with cancer found all through his body. By early November Bob had lost his battle, sadly passing away with only $10,000 of insurance in place (the Funeral Insurance policy). A week after Bob passed away, Allison lodged a claim against this funeral cover; however the claim was denied. Because Bob had died within 12 months of the policy commencement (and the cause of his death was not accident-related) the claim was invalid.

What I did to help

When I met Allison and she told me her story, the sadness of it all really moved me. Allison asked me if there might be something I could do to help her secure a claim payment and I decided I would try. I desperately wanted to help. On a pro bono basis I kicked off a lengthy investigation of sorts, looking into every aspect of the May 2014 policy cancellation. I constructed a full timeline of what had taken place and I requested archived telephone recordings of a number of calls that Allison had made to the direct insurer, including that Monday afternoon cancellation call. I transcribed the call recordings myself so that I could read and re-read exactly what had been said and how the cancellation occurred.

Without getting into the nitty gritty I did discover that there were a number of grey areas in the cancellation process – as well as some potential flaws that gave me some hope that I might be able to secure a retrospective claim. I consulted with some highly regarded insurance industry and legal professionals who suggested there may be a case and I then sent a detailed letter to the direct insurer which listed a number of critical points for their consideration and asked that they consider paying Bob’s claim.

About a month later I received a letter from the direct insurer, advising that they had considered my letter and would be willing to pay a nominal amount. In follow-up discussions I had with the insurer I indicated that I felt the amount offered was insufficient; however, they stated they would not be offering any more.

I decided to roll the dice and I submitted a complaint to the ombudsman. The next afternoon the direct insurer contacted me to let me know they had reconsidered the points I’d raised in my letter and that they were now able to increase the payment to almost 10 times as much as they had originally offered.

The impact of advice

Allison was paid almost $100,000, and all things considered, I think this was a fair outcome given the circumstances. I am very appreciative that the direct insurer acknowledged the grey areas in this case and that they didn’t just dig their heels in over the policy wording. I am also very thankful for their considerate and respectful attention in all of their dealings with me.

As an adviser I am very proud that my hard work delivered a more favourable outcome for Allison. The unfortunate reality of course is that Allison’s first experience with a passionate and knowledgeable adviser came at the wrong end of the process. Had Allison and Bob sought quality advice back in 2009 things would have been so very different in so many ways.

The cover they purchased in 2009 was more than 40 per cent more expensive than what a retail policy through an adviser would have cost them.

Had they been guided by an adviser initially, I have no doubt Bob and Allison would have applied for more Life cover than they did.

Bob was self-employed and so his Life policy could have been structured tax effectively as a Term Life as Super policy (along with TPD cover potentially). The direct insurer doesn’t offer this type of solution.

Bob and Allison actually had an SMSF in place and therefore if cash flow had been a concern, the Life cover could have been structured within their fund. The direct insurer doesn’t allow SMSF ownership.

I’m sure that Bob would have at least been offered an opportunity to consider Trauma cover and Income Protection insurance had he and Allison decided to sit down and chat with an adviser in 2009.

A retail policy would have allowed far more flexibility than what Bob and Allison’s direct policy offered. When things became a struggle financially it would have been far easier to make changes to Allison’s cover whilst leaving Bob’s untouched if it were a retail policy. The direct policy had specific rules that made it impossible to retain Bob’s cover only.

There are many more points I could note, but the last point I’ll make is perhaps the most obvious one. With an adviser by their side Bob and Allison would simply NOT have cancelled Bob’s Life cover. Doing so would have been completely disregarded as an option – of that I am absolutely certain.

With an adviser by their side, Bob and Allison would have received a terminal illness payment in June 2014. With money in their pockets, Bob and Allison’s last five months together may have been different. A terminal claim (handled by a caring adviser) would have allowed them to spend quality time together, to spoil themselves, to enjoy what time they had left, and to perhaps tick some items off Bob’s bucket list.

I wish so much that Bob and Allison had met an adviser before they decided to call that direct insurer.

Advisers play a crucial role and they make a true difference in the lives of ordinary Australians.

** Allison and Bob’s story (names, dates and the amount of cover have been changed to protect client identity)

Richard Monroe is a director and risk specialist adviser at Enva

The life-changing value of advice 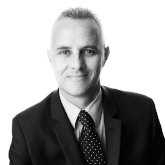