Amy Aleksic and Matt McDonnell have both joined Zurich’s New South Wales team from previous roles within the business.

Ms Aleksic, a former BDM and financial adviser with Commonwealth Financial Planning, was most recently the distribution implementation manager with the insurer’s life and investments business.

Mr McDonnell was promoted to the role of BDM, filling the position that was left vacant by Nathan Taggart who moved to the strategic accounts team.

Zurich’s Queensland life risk sales team has also been boosted with the appointment of David Carter as BDM who is filling the vacancy left by Reece Foster, who was promoted to regional sales manager of Queensland.

Mr Carter has most recently worked for BT Financial in Brisbane as a BDM.

The insurer has also appointed Karli Mann as BDM for Victoria.

Joining Zurich in 2014, Ms Mann was previously working as a paraplanner with Crowe Horwath International.

“The expansion of our life risk sales team to include these talented individuals will help Zurich continue to deliver its market leading solutions and better service the needs of financial advisers,” Zurich's head of distribution, life and investments, Kristine Brooks said.

“All of our exciting new appointments have been made in line with Zurich’s commitment to growing talent from within, as well as recruiting the best and brightest from the market,” she said. 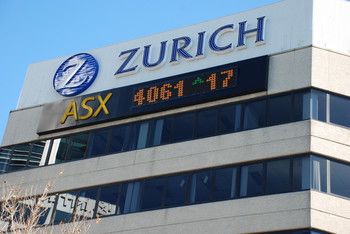