Liberal senator Arthur Sinodinos may lobby the government to reconsider the three-year clawback policy of the life insurance industry reforms after receiving concerns from advisers that the policy in its current form will affect their businesses.

In an email to a Synchron-aligned adviser – obtained by Risk Adviser's sister publication ifa – Senator Sinodinos expressed concern that some industry associations have backed a proposal which will adversely affect the advice industry.

"Given your representations about the impact of the mooted measures, I was after an indication of how many people may be affected in practice, noting that the relevant industry associations have backed the proposed changes," Senator Sinodinos wrote.

"I was then proposing to pass on the information to relevant people in government."

In an email to Senator Sinodinos, the adviser said the proposed measures would be "unsustainable for advisers" and that more than 50 per cent of full-time life insurance advisers could exit the industry if the changes go through.

The adviser asked his fellow advisers to contact the senator since Senator Sinodinos needed "critical mass" for the fight.

The adviser also planned to meet with Speaker Bronwyn Bishop to further the cause.

Risk Adviser also understands that two independent senators are concerned about how the proposed industry framework may negatively affect advisers.

A number of advisers and associations, including the AFA and AIOFP, have expressed their concerns over the clawback policy since its announcement.

AFA chief executive Brad Fox described the three-year retention period is a "blunt instrument" but added that it has strong government support as a measure to deal with inappropriate product replacement.

"Over the coming weeks we will continue to apply pressure for clawback to apply only with replacement product advice and not situations that sit outside the advisers' control, like a client-directed lapse because of unaffordability," Mr Fox said.

Mr Fox also added that the AFA is seeking confirmation from insurers that they won't apply clawback where the policy lapses due to a successful claim, for example of a life, TPD or trauma policy.

AIOFP executive director Peter Johnston, however, submitted an alternative proposal to Assistant Treasurer Josh Frydenberg calling for a compromise on both the clawback policy and the first-year commission rate - a similar proposal to the FPA's life insurance blueprint which its the association consulted on with its members. 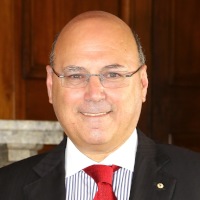