End the conspiracy of silence

An industry-wide response to Trowbridge is not going to be easy, but it's not impossible if insurers are willing to speak their minds

Federal Assistant Treasurer Josh Frydenberg has made it clear that we as an industry need to lead the reform required to restore public confidence.

Aside from ClearView, no insurer has publicly criticised the Trowbridge recommendations regarding adviser remuneration.

Regarding the remainder of insurers, many advisers assume that this is a conspiracy of silence, a view only enhanced by the revelation that the FSC’s submission to Mr Trowbridge around adviser remuneration virtually mirrored those ultimately recommended.

In spite of seeming worlds apart, I believe that the majority of insurers and advisers could see eye to eye (at least close enough to constitute broad agreement).

On countless forums, advisers have generally viewed the hybrid model as workable (as have the AFA and FPA).

I would dare to estimate that over 90 per cent of advisers would be happy to abolish upfronts in favour of the hybrid model.

In spite of a lack of affirmation to date, I also believe that six of the nation’s 10 major life insurers could welcome the abolition of upfronts in favour of the hybrid model.

Insurers without an army of employed advisers have little other choice.

Even those with an aligned adviser network can ill afford a mass exodus of advisers who under Trowbridge may fail to make a living.

Even some of the major bank-owned insurers may find their existing IFA-advised book too valuable to jeopardise.

It’s high time for insurers to state their own positions on this all-important topic.

We might find this actually brings about enough common ground to constitute an industry-wide response, the likes of which can indeed restore public confidence.

End the conspiracy of silence 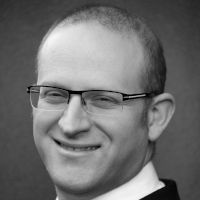