In a statement from the life insurer, AIA said it will act as the official partner of Tottenham Hotspur's tour of the Asia Pacific, which will see the team visit Kuala Lumpur and Sydney.

“We are proud to be supporting Spurs’ visit to Australia as we continue to promote participation in sport as a key component of healthy living,” AIA Australia chief executive Damien Mu said.

“We believe in the power of football as a positive force to benefit the community by encouraging young people, in a fun and engaging way, to experience not only the value of healthy living, but also the benefits of teamwork and perseverance.”

AIA added that supporting the team’s tour also coincides with its Vitality MiniRoos program which was launched in February 2015.

“While in Sydney, Spurs coaches will be supporting the AIA Vitality MiniRoos program by running coaching clinics with children in Gosford, Wollongong and Sydney,” the AIA statement said.

“Up to 1,000 participants, including youth teams, underprivileged children and other community groups, are expected to attend.”

Tottenham Hotspur chairman Daniel Levy said that during the tour the team’s coaching team will work alongside AIA to engage local communities in order to encourage participation in and to support and promote health and wellbeing.

"We are delighted that AIA will be supporting our tour to Malaysia and Australia. The club has a large fan base in the Asia-Pacific region and AIA has a significant presence in the region,” Mr Levy said.

Tottenham Hotspur will be visiting Sydney from 28 May to 1 June 2015. 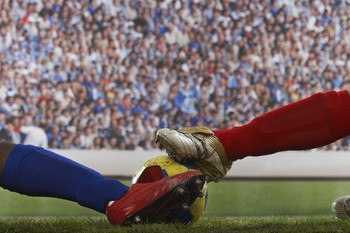