Following ASIC’s review of advice given on life insurance, which found 37 per cent of advisers failed to comply with the law when discussing products because they were “more focused on commissions”, Chan & Naylor partner David Hasib said removing commissions will create a bigger problem.

“Vested interests clearly must be addressed and this will not be accomplished through self-regulation,” Mr Hasib said.

“However, the existing framework is robust enough to prevent risk advisers churning policies, and if commissions were removed altogether in lieu of a service fee then this would not correlate to a one-to-one premium saving for the client,” he said.

Mr Hasib said he agrees stronger regulation is needed to ensure greater enforcement of disclosure, as well as an “agreed industry consensus” on professional standards, but not the removal of commissions.

“Australians already don’t invest enough in their financial wellbeing, so why would they do so if they are expected to pay more for advice?” Mr Hasib asked.

Mr Hasib also pointed out that the issue of conflicted remuneration has “not been satisfactorily addressed” by the FOFA reforms and that the entire industry must be “held more accountable”.

“If we can remove the inherent, product selling culture of the '80s and '90s, then it will be to the benefit of all Australians,” Mr Hasib said.

“We do need stronger guidelines, but we also need clear transparency both for the industry and for consumers." 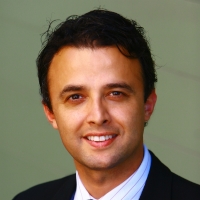