Advisers are preparing for a busy 2022, with an action list related to regulations that impact their business and professional development, as well as future opportunities for their clients.

The passage of the “Better Advice” Bill, as well as the recent introduction of the Treasury Laws Amendment (Enhancing Superannuation Outcomes for Australians and Helping Australian Businesses Invest) Bill 2021 into Parliament, which intended to give effect to some of the federal government’s budget announcements, is top of mind for advisers.

Bryan Ashenden, BT’s head of financial literacy and advocacy, said: “Even though the bill relating to Budget 2021 has not yet passed, many advisers are getting on the front foot, and identifying opportunities for clients to build their retirement savings. Since most of these changes are not due to take effect until 1 July 2022, there is ample time to  prepare.”

Mr Ashenden heads BT’s technical services team, which fields over 2,000 queries from advisers every quarter on topics relating to superannuation and investments. Based on calls to the team’s hotline during the last quarter of 2021, among the top items on advisers’ to-do list for 2022 are:

With the passage of the Better Advice legislation and the release of accompanying regulations, it’s now clear that an “existing relevant provider” may have until 30 September 2022 to successfully complete the FASEA exam. However, advisers who have yet to sit or pass the exam are asking how the rules may apply in their particular circumstances.

Advisers will only be given the extension if they had made at least two unsuccessful attempts by the end of 2021. With results for the last sitting in 2021 now available, advisers have recently been able to find out if they qualify for the extended time.

For those advisers who left it until the last sitting to make their first attempt and were unsuccessful, there will be no extension.

“The implication, based on current law, is that these advisers will have been removed from the Financial Adviser Register as at 1 January 2022, and will no longer be able to provide personal advice to a retail client,” said Mr Ashenden. “It’s important to point out that they can still provide advice to wholesale clients, and help with running successful financial planning practices. Furthermore, whilst they cannot be the supervisor of a new entrant undertaking their professional year, they can still act as a mentor – and so advice practices can still benefit from these advisers’ experience and expertise.”

For those eligible to still sit the exam in the first nine months of 2022 under the extension, the good news is they can make as many attempts as needed based on the available sittings, which at this point appears to be one per quarter.

Many advisers have been asking whether a change to the Code of Ethics will be made, given the recent consultation process that FASEA undertook, with submissions closing on 1 December 2021.

FASEA indicated they would not facilitate a change to Standard 3, on conflicts of interest. From 1 January 2022, responsibility for the Code of Ethics moved to the minister responsible for the Corporations Act. Whilst it is possible that the minister might still amend the code, the one point that FASEA made clear during the consultation process is that only the wording of the Standard might be affected – the principle and intent would remain the same.

“After two years of operation of the Code, continuity of the principle should be viewed as a positive outcome for all advisers, as it maintains that level of consistency we all need,” said Mr Ashenden.

On budget-related topics, changes to the work test requirements remain top of mind for advisers. “This is not surprising, since it was confirmed the ‘bring forward’ opportunity would indeed be available for 66 and 67-year-olds for the last financial year, just before 30 June 2021, with the passage of the Treasury Laws Amendment (More Flexible Superannuation) Act 2021,” said Mr Ashenden.

Advisers are raising questions about the future operation of the bring-forward regulations from 1 July 2022. It appears that the bring-forward opportunity will now extend beyond age 67, and then phase out as clients approach age 75, although further clarity is required on this point.

Mr Ashenden explained: “The way it is intended to work is that the bring forward opportunity for non-concessional contributions shouldn’t allow you to contribute anything for a year in which you couldn’t on an annual basis anyway. This effectively means no bring forward opportunity will arise for a client in the year they turn 75, as they would be precluded from contributing non-concessional contributions in the following years.”

Since it was introduced back in July 2018, the ability to make a downsizer contribution to super from the proceeds of a sale of a principal residence has been a strategy highly valued by clients 65 years of age and older. With the intention to lower the qualification age to 60 from 1 July 2022, advisers are again revisiting this strategy. Further, with the rise of property values, the potential to sell the family home, and still be able to buy a property to live in during the retirement years, plus have the ability to put some extra money into super, is proving to be very popular.

Mr Ashenden said: “One of the most asked questions is: could a client who is 59 sell their home and contribute some proceeds to super if they then turn 60? The answer to this will be yes, provided you have turned 60 within 90 days of receiving the proceeds and make the contribution within that 90-day period and after your 60th birthday (and after 1 July  2022).”

Another opportunity advisers are asking about is the 2021 budget announcement about the ability to exit certain complying income streams. Unfortunately, this measure was not included in the bill recently introduced into Parliament, so advisers will have to wait a bit longer to know the exact details of how this will work. It is expected to take effect from 1 July 2022.

For certain clients, particularly those in a self-managed super fund, this could provide a great opportunity to exit out of income streams that had been established for life, especially where the members have only stayed in the SMSF because they had no way to exit the income stream product. This could result in some pensioners finally being able to exit and close down their SMSF if it is no longer the most suitable retirement product for them. 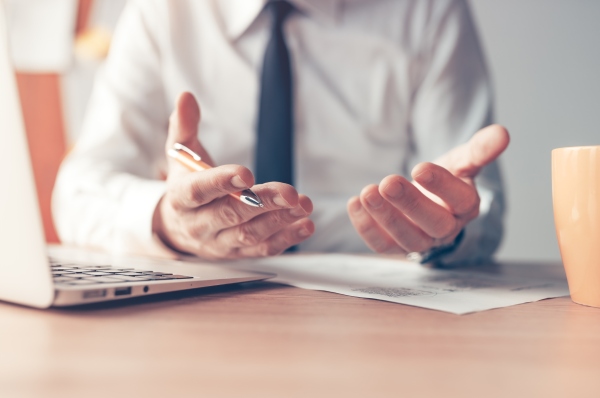