Why green energy is nowhere near bubble territory

Last year an extraordinary shift took place among both corporates and investors in their collective attitude to green energy.

Surpassing the pace of any trends seen before in the ESG investment universe, the move to sustainability manifested itself across many areas of the economy, particularly in clean energy.

Net-zero emissions targets from some of the world’s biggest companies, including the likes of Alphabet and Facebook, supplemented similar pledges from governments, as the desire to “build back better” globally came to the fore during the pandemic.

These were more than just words. Alphabet, for example, said it planned to be carbon-free by 2030 (having pledged to be carbon-neutral back in 2007). Wind, solar and other renewable sources accounted for 61 per cent of the Google parent’s global hourly electricity usage in 2019, and the company intends to go further as we move through the decade.

Facebook said it would become 100 per cent supported by renewable energy in 2020, while committing to net-zero emissions for its entire “value chain” by 2030, including its suppliers and users.

The impact on green energy stocks from these pledges by the technology giants and other corporates across the global economy, combined with similar overtures from governments, is one important growth driver for green energy companies.

In anticipation of the huge investment in clean, smart efficient energy these actions need to make them a reality, many green energy names saw share prices double or more in 2020.

There’s no doubt returns like this look extraordinary at first glance, and naturally lead to questions about valuations. For us, this issue can only be mitigated by proper fundamental analysis of each company in the space, its opportunity and competitive position, and a considered view of the valuation.

But as part of this analysis, it is important to recognise that we have hit an inflection point for energy transition globally. Last year, amid the pandemic, capex spent on energy transition was one of the only areas to see higher commitments.

One study from IHS Markit published in January said capital expenditure on global renewable energy is set to increase 14 per cent in the five years ending in 2025, compared with spending in the 2015-19 period.

This is a crucial point behind the performance of green energy last year, and why we think the fundamentals remain very strong. Companies simply must move to renewable energy over time, and that means the addressable market for businesses providing that energy has materially increased.

This in turns means growth rates should be higher, and higher for longer, while the public statements from an ever-growing number of corporates that need renewable energy have created a lot of visibility about future earnings for the businesses able to provide it.

Analysts in this expanding sector are still increasing their estimates, so the consensus on these stocks and their future prospects have still not, in our view, moved up to properly reflect their potential.

The frontrunners in global energy transition

There are many companies operating in the energy transition space, from renewable energy, energy efficiency and management, and smart grid and storage solutions that support renewables on and off the grid.

NextEra Energy is one such company. The US-listed utility is already the largest generator of wind and solar power globally and is committed to a strategy of continued leadership in clean energy infrastructure.

Ameresco, another US-listed name, plays a different – but just as crucial – role in the sector. An energy service company, it works with government, healthcare, public, and education sectors to help different establishments improve energy usage and efficiency.

Europe has its share of names involved in the sector, including Schneider Electric, the multinational business providing energy and automation solutions digitally to improve energy efficiency.

These are proven technologies already operating at commercial scale, with the ability to transform how we create and use energy for years to come.

Expertise is needed to approach the sector and find tomorrow’s winners. But what is not in doubt is the dynamics behind this market.

Energy transition is happening, and it has powerful tailwinds behind it. The universe of opportunities is already rich and diverse, and the pace of innovation continues to throw up new and exciting areas for potential investment.

Why green energy is nowhere near bubble territory 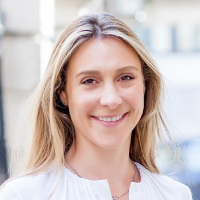 The government is “forcing” financial advisers to pay for the ASIC funding levy, according to the AFA. ...