Section 923A (s923A) of the Corporations Act 2001 restricts the use of certain words, including ‘independent’ and other terms of like import. It provides this restriction in the context of how business was done in 2001. While time, technology and how we do business has since moved on, this section has largely remained unchanged and has created a regulatory black hole. Unfortunately, some of the most unscrupulous practitioners have moved into this black hole for their commercial gain.

Hang on, how can someone using the 'independent' banner be so unethical? Let me explain.

s923A has become a label – a marketing label – that assumes financial advice is homogeneous and quality is only differentiated by which side of s923A an adviser occupies. Independence has become a word game to win more business from understandably confused consumers.

To be able to use "independent" in any marketing material you need to comply with how it was defined in 2001. If you can contort your business (or the perception of your business) to fit the definition – FASEA Ethical Standard 1 anyone? – you can leverage the consumer confusion. The contortion is only done out of commercial self-interest under the guise of consumer interest. Unfortunately, ASIC has sat on the sidelines just watching these tricky word games.

But it shouldn’t be this way. Subsection 923A(2)(e) prevents an adviser from using the independent label where they have a conflict of interest with an issuer of a financial product. Quite clearly, if an adviser provides advice to set up such a structure and then derives ongoing fees from the management of that structure, the advice is conflicted and the adviser does not satisfy s923A (notwithstanding their licensing, ownership or remuneration business model).

Unfortunately, ASIC seems to only enforce s923A in the context of pre-packaged financial products issued by financial institutions, as if technology and business hasn’t evolved since 2001. This regulatory void creates the incentive for those unethical and unscrupulous advisers to leverage not just advice fees but also ongoing administration and investment management fees, while also leveraging the independent marketing label. Cha-ching! A significantly high percentage of the so-called independent advisers create these structures as a means to manipulate the definition.

One such structure is self-managed superannuation funds. Another is the use of a managed discretionary accounts (MDA). The latter is an investment platform that requires the MDA operator to hold an Australian Financial Service Licence. This is because an MDA operator not only takes on responsibility of the investments but also controls the custody of the assets.

But surely an adviser that uses an MDA service (or derives fees from the use of an MDA) is conflicted? MDAs are essentially in-house products, and as a result, advisers who recommend them to clients will generally receive a direct or indirect benefit. This creates a conflict of interest. In itself, this conflict of interest may be a breach of the Standard 3 of the FASEA Code of Ethics where “advisers must not advise, refer or act in any other manner where you have a conflict of interest or duty”. It’s black and white.

Surely ASIC cannot ignore so-called Independent Advisers using an MDA? Well they do despite their own industry guidance. Take a look at paragraph 16 of Regulatory Guide 179 Managed Discretionary Accounts, where ASIC states “where you enter into a contract with a client to provide an MDA service you are treated as the issuer of a financial product”. So then why doesn’t ASIC draw a conflict of interest link between an MDA contract issuer and an advice business, where they are the one and the same?

This is a relevant point that ASIC refuses to address. There are a number of very high profile, self-licensed, employee-owned businesses that operate under a fee-for-service (no commission) model, that use "independent" in their business name while also contracting with clients to use a MDA service. They fail the s923A definition, but ASIC continues to turn a blind eye? Why?

How did we get here and how do we fix s923A? What is the solution that addresses advances in technology and complicated investment platforms, and the unethical practitioners that use tricky word games to confuse consumers for their own commercial gain?

What exactly are we trying to ban? Conflicts? Impossible. Conflicts can’t always be avoided; they only need to be managed with the client put first. Every adviser is conflicted in some manner as we all want consumers to use their services where they are appropriately qualified and knowledgeable to provide them (instead of using their competitor’s services). Every fee model is also conflicted. Every adviser has a “restricted” APL in some manner (as PI insurers do not provider cover if there are literally no constraints on the investment product universe).

It could be argued that an adviser who provides a conflicted service whilst claiming to be Independent may also be in breach of other Standards within the FASEA Code of Ethics including Standard 1 where they are attempting to circumvent the law; Standard 9 where the advice is misleading or deceptive due to the use of Independent; and Standard 12 where they are not upholding the ethical standards of advisers under their AFS licensee.

ASIC shook their head at the suggestion of being a Code Monitoring Body whilst Senator Hume has put the new Single Disciplinary Body on the backburner for at least 2 years from the start of the Code of Ethics actually came into force. Am I missing something here?

It’s great having the most fantastic education and ethical standards in play - but if no regulator is there to monitor advisers against these standards and regulations, let alone subsequently discipline them then why are we even bothering going through the biggest overhaul in the history of the financial planning profession in Australia? Poor Kenneth Hayne must be shaking his head over his cup of tea every morning asking “why did I even bother?”

The solution is not simple but we need to start somewhere. A good start would be to amend the law so that unethical advisers can no longer hide behind tricky word games. If we cannot amend the independent definition because it would literally capture everyone, then perhaps this highlights that the independent marketing label is a redundant concept in 2020.

This is such a topical issue, with the new legislation (coming out of a royal commission recommendation) to force all advisers to disclose why they fail to meet the Independence definition. Do they fail to meet it because they are not interested in word games? Maybe in the year 2020 with a best interest duty and code of ethics it no longer has much meaning, except to confuse consumers.

Instead of focusing on tricky marketing labels to confuse consumers, the barometer of good quality advice should be measured through the prism of education, experience and the Code of Ethics that the adviser subscribes to.

Everything else is just marketing. 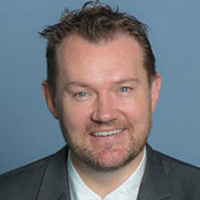 Technology separates managed portfolios into haves and have nots

The responsible lending changes and what they mean for your clients

Could consumer data be the key to bringing a financial plan to life?

So you want to buy an AFSL