Frustration, despair and a deep sense of abandonment will be the main courses served up at the dinner table for many financial planners when they gather for Christmas.

A situation that may regrettably deteriorate for many in the coming years he added.

Hence this year’s Christmas season may well be the catalyst for action by planners exhausted and spent physically, financially and mentally from reform fatigue that began in 2001 with FSR Act. Rather than continuing until 2024 or 2026, many may feel it will be better to exit in the new year before the pressure of persevering with a planning business rapidly diminishing in value destroys them and their family.

With so many underlying practical issues and a future of ongoing legislational change fuelling continued uncertainty, the resultant stress could well manifest into the planner principal suffering an illness that requires them to relinquish control. The sudden power vacuum leaving the business (and the family) floundering in confusion at a time of maximum vulnerability.

Very few legislators see (or even appreciate) the world through the eyes of self-employed financial planners dedicated to protecting the financial wellbeing of clients – as employers providing jobs – contributors to the economy as tenants and customers buying equipment, cars etc. All this while simultaneously being forced to deal with nearly two decades of unrelenting reforms, scrutiny, new processes, compliance and unprecedented administrative burden that commenced in 2001.

The impact on businesses, clients, staff, families, finances and mental/emotional wellbeing on mature age planners (including those that borrowed to acquire practices) have been catastrophic.

There is a race to the bottom measured in terms of mental illness and once financially viable businesses forced to close their doors.

After devoting themselves to a self-employed career of service and care for others by helping and guiding families and business owners to avoid bankruptcy and financial distress from unforeseen contingencies such as death, disability and sickness – it’s now many planners who find themselves staring at imminent economic uncertainty for themselves and their families.

Not only have planners contributed to the economy as SMEs and employers, they protected the financial welfare of individuals, families and businesses over many years with appropriate insurance, saving, investment programs etc. They also worked with clients to ensure they had wills in order, buy-sell agreements in place, businesses and staff protected with key person insurance, and the list goes on.

This is the unseen, and understandably unappreciated and unrecognised, client service outcome that has benefited the economy by ensuring the public purse and government welfare agencies were not burdened financially by Australians that had met with personal and financial hardship.

Headlines constantly herald government assistance for small business owners that encounter financial headwinds and disruption as the result of their industry encountering unforeseen economic, technological, regulatory or environmental disruption and circumstance. In many ways it’s an appreciation on behalf of the nation – whether they be sugar cane farmers, cropping farmers, manufacturers via tariff protections, taxi drivers, construction/building and so on.

Now contrast the silence and lack of expression of similar support for the self-employed financial planners, their staff and clients. A contrast that I can only attribute to a lack of understanding and appreciation of the planners’ status as a small business owner and reality of how much they actually earn as SMEs and have benefited the economy.

There is an immense gulf and disparity of the incomes derived by SMEs' planners and the remuneration packages and salaries of senior bank managers and financial institution executives that are simply breathtaking.

Hence, my belief that this is a contributing factor for the lack of support when compared to other industries.

There’s also no doubt that financial services style of reform will cascade into other professional advisory industries, resulting in similar hardships for those business owners and, again, increased costs for consumers.

In the current climate – it’s inevitable.

Decades of constant reform has only served to reduce competition and pave the way for the big banks to dominate the financial services industry and were the architects of the damage uncovered by Hayne – they are now unwinding their wealth and insurance divisions at great cost to their shareholders, industry and the tax payer.

Unfortunately, the greatest cost will be borne by:

1) consumers forced to pay more for advice or turn to impersonal robo-advice to address their needs;

2) a significantly reduced pool of professional planners as many mature age planners reluctantly cease their business activities and exit the industry to uncertain lives in retirement – with a great number doing so in poor health (mentally and physically and financially); and

3) increased costs to tax payers, through the inevitable decline in insurance coverage leaving those who have been beset with illnesses and disablement to lean even more on the public purse.

Although there has been unprecedented ‘value destruction’ in the wake of two decades of reforms, the future for those planners that remain (and new entrants) in the new era of advice professionalism will be filled with opportunities and financial success as they look after a vastly reduced number of members of the public, who will be able to afford advice under the new regime. 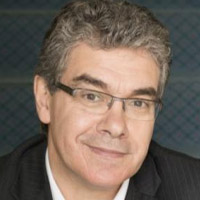 Decisions: The critical things to consider when choosing software

It’s the best of times and the worst of times for financial advisers, with ind...