Singing from the same hymn sheet

Advisers need to work together to oppose the bullying and nonsense from FASEA and seek a better policy outcome from government.

The FASEA board objectives and strategy over the past 12 months has badly damaged their brand and reputation in the industry.

This almost megalomaniacal approach to bullying and intimidating advisers has taken its toll on many who are resigned to leaving the industry in the short to medium term.

FASEA’s strategy of proposing and pushing critical issues to potentially further demoralise can only emanate from an industry ‘insider’ on the board.

We want to encourage and remind the advice community that there a federal election within 12 months, and advisers shouldn’t throw in the towel just yet.

Yes, FASEA and the timing is legislated, but that does not mean the timing cannot be changed, FASEA’s conduct modified and a rotation of directors will get the undesirables off the board.

We have a knife’s edge election where neither party wants 25,000 advisers, 50,000 support staff and 7 million clients potentially against them.

We have great political leverage on our side if we all ‘sing from the same hymn sheet’.

We have just completed an analysis of 700 emails from all categories of advisers across the industry about FASEA’s exam proposal and related issues, here are the findings:

The commentary in the press recently that FASEA is conducting the old political trick of announcing ridiculous proposed changes to alarm the industry, then back off to where they originally wanted it to be is a cruel act if true.

FASEA has caused widespread pain and grief, which has already led to the devaluation of their businesses and destroying careers.

We hope that some entities whose past executives sit on the FASEA board will not be given the ‘white knight’ kudos of negotiating a compromise to ‘save the industry’.

They have been complicit in the current FASEA strategy and should be banished from the board.

The AIOFP looks forward to working with all advisers in reaching a sensible policy outcome.

Peter Johnston is the executive director of the AIOFP.

Singing from the same hymn sheet 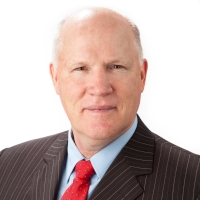