Not all beer and skittles

Self-licensing is the best option open to financial advisers, but is still more burdensome than it needs to be.

When FSR was implemented in 2004, the institutional dealer I was licensed under decided (in their wisdom) to extend the data gathering process to a 37-page form.

They also reduced the approved product list to very few useable products in the retirement space (those manufactured in-house of course) and pigeon hole people with poorly thought out risk questions to ensure just about everybody was a “balanced investor”.

This simple ‘tick the box’ approach necessitated 50-75 per cent of retiree assets placed on the one day to share markets at what was increasingly evident to be inappropriate.

On reading the ASIC regulatory guides (especially RG90) it was evident that ASIC required advice to retail customers to be “clear, concise, fair and effective”.

Advice that had a reasonable basis was not that onerous in theory, but it was incredibly difficult to deliver within a large licensee catering for the lowest common denominator, coupled with a fair slice of product nepotism.

I thought ‘there must be a better way’, and there was. With a little help from consultants, an AFSL was obtained in 2005.'

There were plenty of issues to deal with.

First there was the ‘we own the customer’ issue I faced when resigning from the dealer group I was a member of. There was also cash flow interruption and the loss of ‘Buyer of Last Resort’.

Then there is the fear of vexatious reputational damage and burden of professional indemnity insurance, which might have been better in a larger group where we could share the premiums.

But after a six-month embargo, service as an adviser was resumed, cash-flows were re-established as was client facing documentation that adhered to the actual rules and also the spirit and intent of what ASIC and many others were trying to achieve. In the end, it was worth it.

So maybe it is time to roll out this model more widely and make it easier for self-licensing to occur.

Maybe it is also time to rethink the idea of product manufacturer as licensee. You wouldn’t put Dracula in charge of the blood bank after all.

It is understandable that ASIC would want to wield a big stick to a thousand licensee representatives with one blow as opposed to substantial resources chasing thousands of licensees.

But the ability to advise the general public by listed corporations comes with collateral damage. Pressure of shareholder returns will always be paramount. Therefore removing AFSLs from listed corporations ultimately should occur, albeit with plenty of notice.

With the professionalisation of the industry, ASIC and the government should make the process of self or small group licensing less onerous.

Achieving independence, trust will be regained and leads will surely flow. There should be no compelling reason to restrict a cabal of like-minded, educated advisers obtaining an AFSL.

Not all beer and skittles 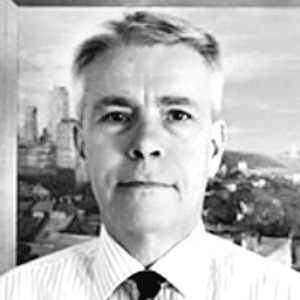 AMP down but not out

The Royal Commission has been an “unprecedented disaster” that “trashed”...

The Financial Services Council (FSC) has urged the government to address regulat...

Emotional value for clients has been found to be of high importance regardless o...