Technology set to play integral role in future of advice

Digital advice will play an integral role in the future of financial advice in Australia, an expert has argued ahead of the Quality of Advice Review.

Greater use of technology is the only way to address the challenges raised by the Quality of Advice Review (QAR) Issues Paper, Craig Keary, CEO APAC from Ignition, has said.

The QAR Issues Paper has raised a number of key ways to tackle the issues of the complexity and cost of advice, including incremental changes to advice regulation and more substantial possibilities arising from technology.

But, according to Mr Keary, while incremental measures might add 10 per cent to capacity or reduce costs by 10 per cent, this “will not be anywhere near enough to close the advice gap”.

Instead, Mr Keary believes technology is the only answer.

“To deliver that scale of improvement, you need disruptive changes to the supply of advice, which only technology-based initiatives can deliver, and at advice price points which are in-line with consumer expectations and/or the financial capacity of institutions,” he said.

In its submission to QAR Issues Paper, Ignition argued that digital fundamentally changes the economics of advice delivery.

“For example, doubling advice capacity could only be achieved by adding additional resourcing to existing in-person or phone-based advice team, resulting in a substantial increase in costs,” he continued.

“Digital advice solutions, however, reduce the average cost per piece of advice by changing the cost model from fully variable to a mix of variable and fixed costs”.

This, he explained, allows many more customers to be served at the current level of expenditure, while enabling growth in capacity to occur without costs rising in the same proportion.

Moreover, he argued that digital advice solves many of the traditional barriers to advice for consumers by not only significantly reducing cost, but by increasing accessibility and allowing the consumer to control the advice process.

“For example, members can log on and deal with their super when they have the time and mind space for it, whether that’s on a Saturday, late at night, or early in the morning,” said Mr Keary.

“Digital advice is a new way to access single issue personal advice and is not a different form of advice in itself.  Institutions can be confident that digital advice swims between the flags, and meets all compliance requirements of traditional advice rules such as best interests duty, and appropriateness test.”

Technology set to play integral role in future of advice 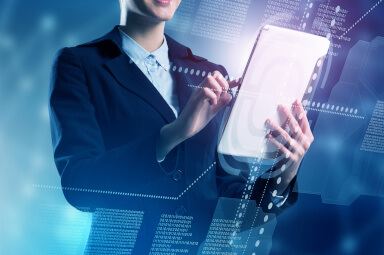