How high will interest rates go?

The big four banks expect rates could rise above 2 per cent by the end of the year.

Economists at Australia’s major banks have updated their predictions for interest rates in the coming months, with a rise above 2 per cent now widely anticipated before the end of 2022.

The Commonwealth Bank, NAB and Westpac have all predicted that the cash rate will reach 2.1 per cent by year’s end, beginning with another 50 basis point (bp) hike next month.

In CBA’s view, 2.1 per cent will be the peak of the current tightening cycle with hikes of 25bp predicted for August, September and November this year. The bank, however, warned that a lift of 50bp could potentially occur in August, which would result in a higher peak of 2.35 per cent.

CBA also revealed that it has pencilled in 50bp of cuts during the second half of next year.

“Higher rates will take some time to put downward pressure on inflation because there is a lag between changes in monetary policy and the impact on consumer prices,” said CBA head of Australian economics Gareth Aird.

“Indeed upcoming inflation data over the next two quarters will be very strong despite our expectations for an aggressive tightening cycle by the RBA.”

Meanwhile, NAB expects the RBA to announce its third consecutive 50bp hike in August followed by a 25bp lift in November. Two further increases of 25bp are then forecast for next year, with the cash rate remaining at 2.6 per cent for the rest of 2023 and through to 2024.

Westpac, on the other hand, has predicted that a total of four 25bp lifts will take place in August, November and December this year, and February next year, taking the rate to 2.35 per cent.

Finally, ANZ has forecast that interest rates will reach 2.35 per cent this year after a 50bp hike in July and lifts of 25bp in August, September, October and November.

Another 25bp hike is then expected in February 2023, but ANZ said it was doubtful that a cash rate of 2.6 per cent would be enough to pull inflation back sustainably within the RBA’s target band of 2 to 3 per cent in light of the tightness of the labour market.

As a result, the bank said that the RBA would be forced to make “a couple” more hikes and push the cash rate above 3 per cent in late 2023 or early 2024.

Other economists weigh in

Barclays’ Shreya Sodhani and Rahul Bajoria are predicting another 50-bp hike in July, followed by 40 bps in August, which will take the cash rate to 1.75 per cent.

In a note issued following the Reserve Bank’s (RBA) bold inflation-fighting move that saw rates surge by 50 bps for the first time since 2001, Barclays said that while it was “bigger than most expected, the hike was not a surprise”.

The move, it said, proves the RBA’s clear pivot from what seemed to be a less hawkish tone in the May meeting.

The focus from here, according to the multinational bank, is likely to be on the labour market and forecasts of inflation, both of which are running hot.

“This suggests the RBA will continue with successive and larger hikes,” Ms Sodhani and Mr Bajoria said.

The RBA’s June hike was guided by inflation, which the bank’s statement said “is likely to be higher than was expected a month ago”. But, with no data on inflation between the two meetings, Barclays thinks the RBA is putting less emphasis on “actual data”.

As such, the pair expect the bank to increase the cash rate aggressively to 2.0 per cent, last seen in early 2016, at which point the data dependency will return.

Earlier this week, following its decision to lift rates by a widely unexpected 50 bps, governor Philip Lowe said the central bank "expects to take further steps in the process of normalising monetary conditions in Australia over the months ahead".

"Inflation in Australia has increased significantly. While inflation is lower than in most other advanced economies, it is higher than earlier expected," Dr Lowe said.

While market economists were mainly confident in a June interest rate lift, they were split between a 25-bp and 40-bp hike.

However, the sentiment is now shifting with economists increasingly tipping a back-to-back 50-bp lift next month.

Speaking to the ABC, RBC Capital markets managing director, Su-Lin Ong said the RBA’s statement made it “pretty clear” that the bank “is not going to waste any time in trying to get rates back to a more neutral setting”.

“Inflation is above 5 per cent, it will head higher, we know there are multiple drivers from the supply chain disruptions, the war in Ukraine and elevated energy and commodity prices, increasing utility prices that will come through as well,” Ms Ong said.

“There’s a multitude of factors and inflation is heading an awful lot higher and the bank needs to get on top of that.”

In an early nod to July, Dr Lowe said on Tuesday the central bank would take “further steps” in the process of normalising monetary conditions over the months ahead.

“The size and timing of future interest rate increases will be guided by the incoming data and the board's assessment of the outlook for inflation and the labour market,” he said, but kept the size of the hike under wraps.

Markets are now widely expecting the official interest rate to pierce the 2 per cent mark by the end of the year.

How high will interest rates go? 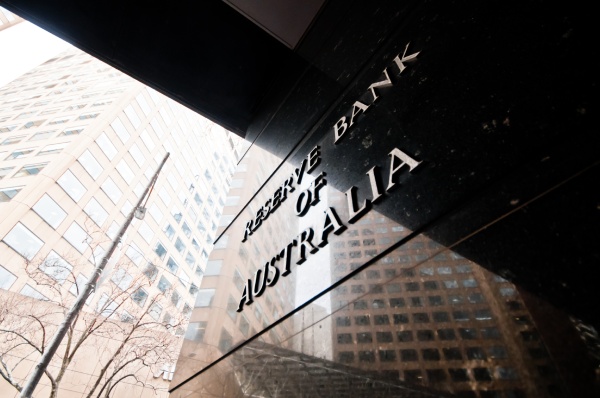