The Treasurer has revealed early details of Labor’s first budget.

Treasurer Jim Chalmers has confirmed that Labor expects to deliver its first budget “on or around” Tuesday, October 25, dependent on the parliamentary sitting schedule.

Speaking at the inaugural Australia’s Economic Outlook event on Wednesday, Mr Chalmers acknowledged that the country was facing major challenges in the lead up to the budget including higher petrol prices, wholesale electricity prices and east coast gas prices.

“All of this will flow through to the budget,” said Mr Chalmers.

“It will put significant pressure on a budget which already has its share of difficulties including a relatively significant structural deficit and now with those higher borrowing costs as well.”

He reiterated Labor’s plan to go through the previous budget “line-by-line” in an effort to redirect spending towards what he described as more productive purposes.

“It’s an observable fact that when the government changed hands a few weeks ago, it was at a time of high and rising inflation and rising interest rates, falling real wages and with around $1 trillion of debt in the budget,” Mr Chalmers said.

Echoing the views of the Reserve Bank and Treasury, the Treasurer said he expected inflation to rise significantly higher than the 5.1 per cent increase seen during the March quarter.

“Inflation, in my way of thinking, is really the defining challenge that we have in the economy because of its impacts on living standards and real wages, its impact on the economic outlook, and also the impact that it has on the costs of servicing... the debt in the budget,” he said.

When asked about exactly how high he expects inflation could go, Mr Chalmers declined to specify but said it was “almost universally agreed” that it would likely be above 6 per cent.

He committed to providing an update to the government’s inflation forecasts when parliament resumes at the end of next month.

“We’ve got a choice when we think about these challenges in our economy. We can kind of tiptoe around them, we can try and pretend them away, but my style and my preference is to be pretty blunt about them,” Mr Chalmers noted.

With the Reserve Bank now set to deliver a series of major interest rate hikes, the Treasurer warned that higher rates will somewhat dampen activity in the economy.

“They will impact house prices and savings, but they’ll also have a disproportionate impact on people on the lowest incomes, people who haven’t been able to build up those buffers in their own personal finances.”

However, he also pointed to some of the positives of the current situation.

“We’ve got a tight labour market, we’ve got relatively strong demand, we’ve got good commodity prices, some households have got buffers when it comes to their home loans. But even as the economy grows, the challenges to our economy are growing as well,” he said.

Overall, Mr Chalmers said that there was cause for confidence in the medium and long term, but warned that the existing inflation challenge would get worse before it gets better.

“I genuinely think that Australia has a really big opportunity here to have a stronger economy and a stronger society after COVID-19 than we had before,” he concluded.

“I really strongly believe, and I wouldn’t be here if I didn’t, that Australia can take its place, its rightful place, at the absolute first rank of national economies in the world, but first we need to navigate together these choppy waters that we are dealing with now.” 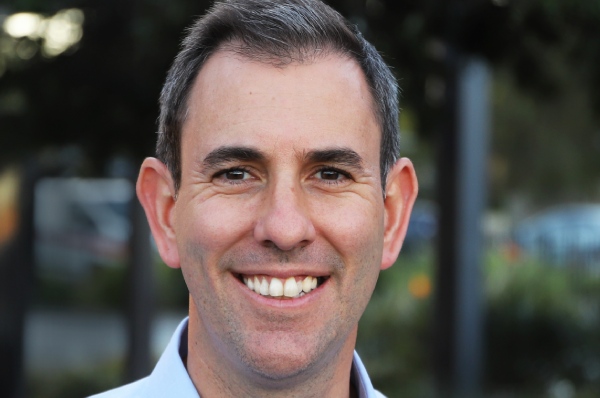