Stephen Jones has been sworn in as Assistant Treasurer and Minister for Financial Services.

Taking to Twitter on Monday evening, Mr Jones welcomed the appointment calling it a “great honour” and noting “we’ve got so much work to do”.

Last month, during the pre-election campaign, Mr Jones doubled down on his earlier commitment to fix the “hot mess” that is the advice industry by introducing an ‘experience pathway’.

“We want to put in place a sensible, efficient recognition of prior learning arrangement so that if you’ve been doing the job for 10 years, you can continue to be a licensed adviser provided you haven’t got any black marks,” Mr Jones said.

He assured that if appointed, Labor “should be able to” enact the experience pathway “pretty quickly”.

Expectations are high when it comes to Mr Jones’ appointment.

Welcoming the news, the Financial Planning Association (FPA) issued a statement noting it is eager to engage with the Minister on “pressing issues impacting both the profession and the Australian public”.

“Minister Jones is an excellent appointment to the financial services portfolio and we are looking forward to working closely with him to address the wider range of issues affecting the financial planning profession,” said FPA chief executive Sarah Abood.

“We are expecting the new Albanese Labor government to quickly deliver on its election commitment to provide much-needed certainty to the profession on education standards, including providing for a framework to better recognise relevant experience,” she added.

Speaking to the ifa recently, Peter Johnston, the executive director of the Association of Independently Owned Financial Professionals (AIOFP), labelled Mr Jones “the most honest politician” in Canberra.

“I've been doing this for 30 years now, dealing with politics and whatever, and the bottom line is he's the most honest I've actually come across,” Mr Johnston said.

Earlier this year, joining Momentum Media on an exclusive podcast, Mr Jones criticised the government for “monumentally mishandling” regulatory changes across the financial services industry and vowed to do better if Labor is elected to government.

The shadow minister gave a candid assessment of the financial services industry, labelling the poorly managed “tsunami of regulatory changes” as the main culprit for adviser exodus in Australia.

“There was a whole bunch of changes that were in play, there was a known timeline for it, not going back months or even years. Some of this stuff has been five, six years in the making, how a government could monumentally mishandle a bunch of this stuff is beyond belief, particularly a government that says it's a good economic manager.

“It is just beyond belief the mess that they've created in this sector,” Mr Jones said. 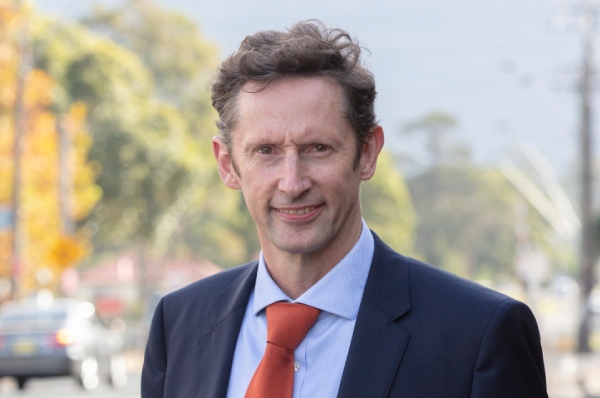