Albanese declares victory: What does a new government mean for advice industry

Anthony Albanese has declared victory at the 2022 federal election.

“I am humbled by this victory and I am honoured to be given this opportunity to serve as the 31st prime minister of Australia," Anthony Albanese said.

“My Labor team will work everyday to bring Australians together and I will lead a government worthy of the people of Australia,” he added.

This breaks the Coalition’s almost decade-long reign, after it assumed power in the 2013 election with Tony Abbott’s leadership.

Labor’s win is predicted to spur significant change in the advice industry, following several pledges in that direction by shadow minister for financial services, Stephen Jones.

In his most recent interview with the Stockbrokers and Investment Advisers Association (SIAA), Mr Jones doubled down on Labor’s election campaign commitment to fix the “hot mess” that is the advice industry by introducing an ‘experience pathway’.

“We want to put in place a sensible, efficient recognition of prior learning arrangement so that if you’ve been doing the job for ten years, you can continue to be a licensed adviser provided you haven’t got any black marks,” Mr Jones told SIAA mid-May.

He explained at the time that “all of the things” Labor is contemplating can be done through the existing ministerial powers and regulatory powers.

“It would be a disallowable instrument, but I've got to say it'd be a courageous Senate to try to block it,” the shadow minister said.

He told the FPA at the time that Labor’s goal is to “design a market” that meets the needs of Australians that are currently missing out on the advice they need.

“There’s the high-net wealth individuals who will find a price point in the market irrespective of what we do or don’t do,” Mr Jones said.

“There’s people down there in the lower end or who are in crisis who actually need financial counselling more than they need anything else. I think there’s absolutely a role for government for direct service provision in that area.

“But the vast majority of Australians are in the middle of those two groups and they’re currently not getting the advice they need. We want to design a market that meets their needs.”

Mr Jones, however, conceded that there is no one solution to that design, noting factors such as robo-advice which may play a part albeit not integral.

“There’s a role there. Maybe somebody will come up with a business model that makes it work, but I think the majority of Australians want to… have a conversation with a qualified person who knows what they’re talking about and get some advice,” he said.

“I’m keen on us creating a regulatory system that focuses on that middle.”

Mr Jones joined Momentum Media on a podcast in February, to hear more of what he had to say about the advice industry, click here.

Albanese declares victory: What does a new government mean for advice industry 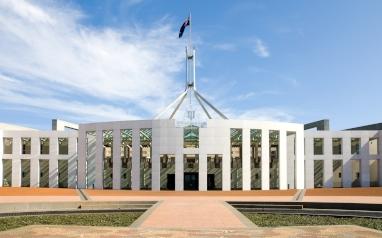 Last Updated: 23 May 2022 Published: 22 May 2022
news
25 commentsjoin the conversation
news
Advice industry ‘going to need to work’ with regulators on rise of crypto
Advisers need to be finfluencers says planner