EXCLUSIVE: The findings of a recent survey looking at the mental and emotional wellbeing of Australian financial advisers has been released.

The stress levels of financial advisers in Australia have “significantly increased” since the Royal Commission and subsequent government legislation, the survey has found.

The results, published this week, revealed that a staggering 80 per cent of respondents experienced a significant increase in their stress levels, with stress most prelevant amongst those exiting the industry.

More than half - 54 per cent - said their mental health had “significantly declined”, with the highest rates coming from those who own their own business.

In the report, Ms Hunt and Mr Prendeville said the survey and commentary showed that the industry is in “real mental and emotional distress”.

“The answers of the survey show up that this was a plea for help. The overwhelming responses in the survey show advisers love their work that helps their clients reach a better place in their life. However, with the imposition of overreaching legislation and regulation has caused advisers such overwhelm and stress simply doing their job,” the report reads.

“The level of honesty and the survey brought home the fact that a lot of people are so stressed they would leave the industry if they could, but they can’t because they have commitments or debt and they’re unable to leave through lots of value of their business.”

While 80 per cent of respondents reported high stress levels, 63 per cent noted that the mental health of their staff has also been impacted.

Advisers said that the Royal Commission and government legislation has also taken a toll on physical health, with 39 per cent admitting it has “significantly declined” and 36 per cent reporting it has “slightly declined”.

The survey findings have also suggested that the increasing cost of compliance paperwork, tasks and services, while trying to maintain revenue and profitability, have created anxiety and stress for advisers.

Around 71 per cent reported that staff and business relationships have been affected with rates higher among staff members of staying practices (96 per cent).

While 23 per cent said they have let staff go, with the rates highest among exited advisers, business owners and those aged between 51 to 60.

“Smaller [businesses] had to let staff go to maintain revenue and the owner take on more of the administrative tasks. This meant less time spent looking after clients.”

About 84 per cent of the respondents said FASEA requirements have added significantly to stress levels and it was rated as one of the highest causes of stress. Rates were higher among staying and exiting advisers, business owners and males who have been advising for over 25 years.

The exam has been regarded as “flawed” and difficult for many to pass on their first attempt.

Among those surveyed, 62 per cent agreed that the exam should be examining specific areas of advice and only cover a specialty area, while 78 agreed that specific feedback on each question should be provided if an adviser does not pass.

“The exam conditions were not well regarded for a 3.5-hour computer exam for attendees who had not either done this style of exam or not done similar format for many years. Knowing that livelihood depended on an exam passed caused great stress for older advisers,” the report reads.

“Exam questions were not relevant for other occupations such as stockbroking and specialist risk advisers. The questions were ambiguous, were using grammar that created issues for those who have English as a Second Language. The exam needs to be restructured to allow better application to sit for the exam.”

In their recommendations, Ms Hunt and Mr Prendeville suggested that the exam format be restructured to allow older advisers who have not experience a master’s level style 3.5-hour exam to sit the exam in a format more suitable to them.

Given the decline in adviser numbers in Australia, an encouraging 62 per cent stated their intend to stay in the industry past 2026 if they complete their qualifications.

The findings showed that “anecdotally, many advisers would like to leave the industry because their mental health and emotional wellbeing has significantly declined even if they passed the exam”.

The report also noted that a number of younger advisers “see opportunity” with less competition if older advisers exit.

Since the implementation of LIF in 2018, 74 per cent of advisers said that their business or income has been impacted.

Also, 37 per cent noted that the legislation had also created “increased financial stress” on business cash flow or income.

Simplifying processes and reducing the compliance burden was flagged as the most important issue for advisers in regards to changes they want to see (44 per cent) while the current education requirements/exam/prior learning issues was the second most noted (16 per cent).

When asked about “the future that you see for yourself”, 34 per cent said they will have stopped or are stopping advising before 2026 and or retiring.

Ms Hunt and Mr Prendeville have called for action by industry stakeholders on the back of their findings.

“Advisers are overwhelmed and feel the loss of control over their business and decisions are based on constantly changing rules and resulting compliance overload,” the report states.

“That loss of personal agency and power over their life is creating stress and driving many out of the industry.

“However, there are a number of advisers who are intending to stay, and they don’t have low base clients. All of the clients in the industry will now move further to the upper end of the high-net-worth clients who can afford to pay fees and those advisers won’t be feeling the stress of trying to make ends meet with higher costs of the business and having to charge clients more.

“The fact that the industry has been brought to this point, and even if those distressed advisers leave, they’ll end up being mentally and emotionally burnt out and this is actually forcing them out. And this is one of the most heartbreaking aspects of the whole survey and its results.”

Appearing on a recent episode of the ifa Show podcast, Ms Hunt and Mr Prendeville said that they intend to bring the findings to the attention of the government.

“I think if we can quantify the problem, maybe we can build some support systems, referral arrangements,” Mr Prendeville said.

“Also, I think if the minimum we achieve is that people understand it and know that they're not alone… then hopefully if we've got some data we can speak out and up, back up to government and try and sort of, quantify these unintended consequences of mass legislation in a short period of time.”

If you are suffering from depression, anxiety or suicidal thoughts, or you’re worried about someone else and feel that urgent professional support is needed, contact your local doctor or one of the 24/7 crisis agencies below: 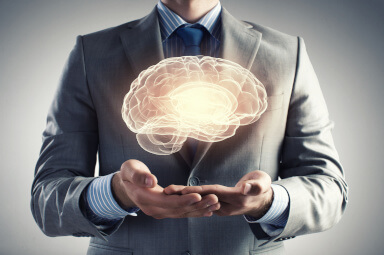