The chief executive and MD of Class will step down once HUB24’s acquisition has been finalised.

Class has announced its CEO and MD Andrew Russell will step down on 16 February, the same date on which HUB24’s acquisition of the firm is due to be completed.

In a statement to the ASX, the boards of both firms and Mr Russell agreed it was “the right time for him to step down” as Class becomes a business unit within HUB24 following approval from shareholders and the Supreme Court in recent weeks.

Mr Russell commenced in the role in May 2019 and led Class through transformation change and its “reimagination strategy” that the firm’s chairman Matthew Quinn said had delivered accelerated financial and operational results.

“On behalf of the Board, I thank Andrew for the significant contribution he has made to Class and wish him well for the future,” Mr Quinn said.

“Andrew has proven to be a talented ASX CEO and a transformational leader.”

HUB24’s director of strategic development Jason Entwistle will step into the role of interim CEO and MD of Class on implementation of the scheme of arrangement while a selection process is undertaken to find a permanent replacement.

HUB24 said Mr Entwistle had contributed to its strategic growth through a range of roles since joining the firm in 2007 and was well positioned to lead Class during the transition period.

In recent months, he has worked with the Class team to finalise HUB24’s acquisition.

“Mr Entwistle will work with the Class team, and across the broader HUB24 Group, to progress the development of additional strategies that leverage the combined capabilities of the Group to provide compelling, efficient and valuable solutions for new and existing customers,” HUB24 said in a separate statement to the ASX.

To support a smooth transition, Mr Russell will be an adviser to HUB24 CEO and MD Andrew Alcock through to the end of March.

“I’m very proud of the value we have driven to our customers and shareholders and the development of our people,” said Mr Russell.

“It has been a privilege to lead such a talented and values driven organisation. Class is well on its way to becoming a world class technology business and is now well positioned for further growth and development under the HUB24 Group.” 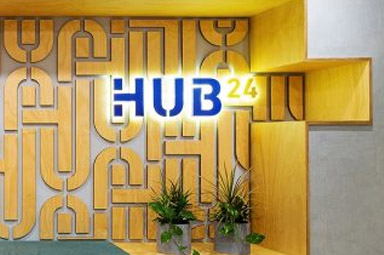