Why Millennials don’t want to hire their parents’ financial adviser

The truth is most Millennials don’t want to come to their mum’s and dad’s financial adviser.

Financial advisers must think outside of the box when attempting to lure a younger clientele, and while technology is key, serving up different branding could also play a major role.

Speaking on a recent episode of the ifa podcast, certified financial planner and the founder of the Savings Squad Podcast and My Money Buddy, Adele Martin, revealed an important truth: “[P]eople don’t want to come to their mum's and dad’s financial adviser.

And while it may not be cool, it’s a truth advisers, who are interested in snatching a piece of the greatest wealth transfer in history, must face.

The other thing, she noted, is becoming invaluable to both the kids and their parents.

“Having that conversation with the parents about who are your kids. These are the ones that actually have to pick up the pieces if something was to happen,” Ms Martin said.

Ms Martin believes in meeting the kids and helping them understand their obligations before the inheritance takes place.

“What we know as advisors, but most people don’t know is that when you get a will, there is no list of assets attached. Just because you’ve got a will does not mean that everything’s sweet and set up.

“If we can be proactive, add value now, then when that inheritance does happen, we’re the first protocol that they want to come to.”

Why Millennials don’t want to hire their parents’ financial adviser 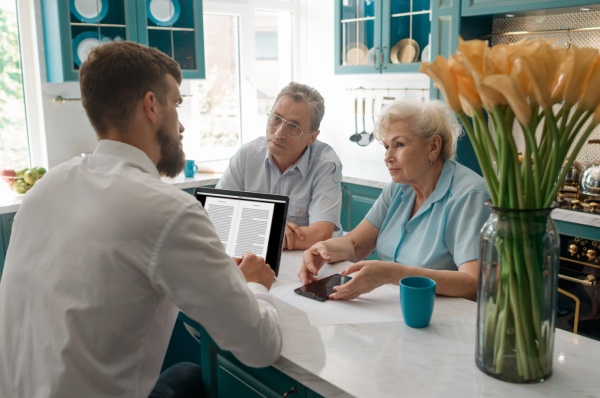