Speaking at the Women in Finance Awards 2021, the financial services minister commended the sector for making strides in gender equality but said a collective effort is required to increase female leadership.

Senator Jane Hume, the Minister for Superannuation, Financial Services, and the Digital Economy and the new Minister for Women’s Economic Security, has urged the financial services industry to help support more women to lead in business.

Delivering the keynote speech at the fifth annual Women in Finance Awards 2021, held in person at The Star in Sydney on Friday (10 December), Senator Hume applauded the financial services sector for increasing the number of women on boards and in leadership positions and creating a more gender-balanced industry, but suggested more could be done.

“When I think back to what the financial services sector looked like when I first started my first job out of university, it really is quite extraordinary just how far we’ve come,” Senator Hume said.

“And while progress is encouraging, we cannot rest on our laurels. There is still so much more to be done.”

Senator Hume noted that women now comprise more than one-third of board seats on ASX 200 companies.

Indeed, according to the Australian Institute of Company Directors, women make up 34.2 per cent of ASX 200 boards and 41.8 per cent of new appointments (as at 30 November 2021). There are now no boards in the ASX 200 without women.

“This is an encouraging trend but more work needs to be done through the pipeline,” Senator Hume said.

Ms Hume highlighted the financial and insurance services industry as one where women remain under-represented in leadership positions, with the minister pointing to data that suggests that while women account for 48.6 per cent of the industry, they represent less than 30 per cent of board members and fill only 13 per cent of board chairs.

“There are still too many barriers, but the structures of our society cannot be changed overnight,” Senator Hume said.

“The government can pull levers to alleviate some of the challenges, but continuing to improve women’s economic security is complex, and it requires changing gender norms around pay and care, around career opportunities, and around leadership.”

In her keynote speech, Senator Hume underscored the business case for more female representation in leadership positions, including better outcomes for organisations and their productivity and profitability.

ASX-listed companies that increased women’s representation by 10 percentage points or more, or who appointed a female chief executive, experienced an average 5 per cent increase in market value (equivalent of $78.5 million for the average company), research by the Workplace Gender Equality Agency (WGEA) has shown.

Everyone has a role in bridging the gender gap

Senator Hume told delegates at the Women in Finance Awards luncheon that the onus is on both governments and workplaces to bridge the gender gap by appointing more women to leadership positions across all industries and companies.

She congratulated all of the finalists, and said they were shaping the industry and “holding out the torch for other women who will in turn pave their own way forward”.

Last year, the federal government released an updated iteration of the 2018 Women’s Economic Security Statement as part of the Women’s Budget Statement, which includes a $1.9 billion investment in women’s economic security.

The document was originally designed to focus on women’s workforce participation, earning potential, and economic independence.

The 2020 statement expanded the focus and identified five key priority areas, including: 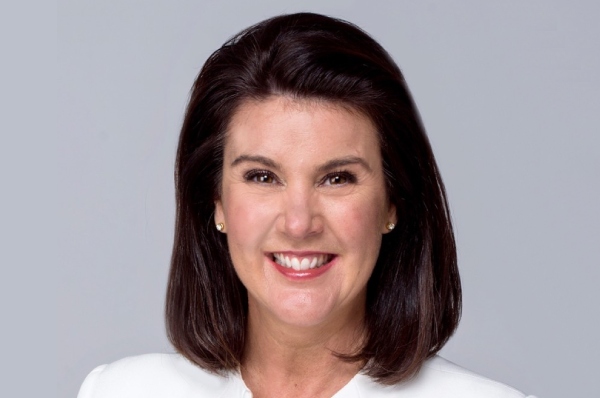