Many of Australia’s largest super funds are still invested in companies with links to nuclear weapons.

A new report has found that most of Australia’s largest super funds still have holdings in companies with links to nuclear weapons that are not clearly disclosed to their members.

Progressive think tank The Australia Institute and the Quit Nukes initiative examined the superannuation products offered by 24 financial institutions and their investments and policies related to nuclear weapons.

Holdings were determined through published lists of investments and exclusions, shareholder voting records and responses from super funds, while policies were identified through each super fund’s websites, promotional materials and documents such as product disclosure statements and environmental, social and governance policies.

The report found that many super funds remained invested in companies that are directly involved in the development, testing, production, maintenance or trade of nuclear weapons-related technology, parts, products or services as determined by the Don’t Bank on the Bomb project.

This is despite the UN Treaty on the Prohibition of Nuclear Weapons making nuclear weapons illegal under international law as of January this year.

AustralianSuper was found to have nearly $1.5 billion invested in companies with links to nuclear weapons.

QSuper/Sunsuper, Aware Super and UniSuper were among the other major funds listed as having investments in nuclear weapons companies.

Quit Nukes co-director Dr Margaret Beavis called on super funds to make a “meaningful contribution to the stigmatisation and elimination of nuclear weapons” by excluding them.

“While there is big money invested in nuclear weapons companies, these investments are usually a tiny percentage of the whole funds under management,” she said.

“There is no evidence to suggest that divestment will negatively impact returns. Some funds are making change, including Hostplus, which recently decided to divest all nuclear weapons holdings by end of January 2022.”

Companies that profit off nuclear weapons according to the report include Airbus, Boeing, Lockheed Martin and Raytheon.

The Australia Institute and Quit Nukes said that most super funds did not disclose their investments in nuclear weapons to current or potential members and details were often only available in shareholder proxy-voting records.

Two of the super funds analysed in the report claimed to exclude nuclear weapons but allowed “considerable financing” through percentage materiality considerations and thresholds listed in their product disclosure statements.

Nine super funds were found to have highlighted the exclusion of “controversial weapons” on their websites but did not include nuclear weapons under this definition.

Sixty-nine per cent of Australians surveyed by The Australia Institute said that their super fund should not invest in companies that are involved in nuclear weapons production.

Additionally, 78 per cent said that their super fund should clearly state whether they invest in these companies.

“This report should act as a wake up call to all superannuation funds still investing in nuclear weapons companies,” said The Australia Institute’s Democracy and Accountability Program senior researcher Bill Browne. 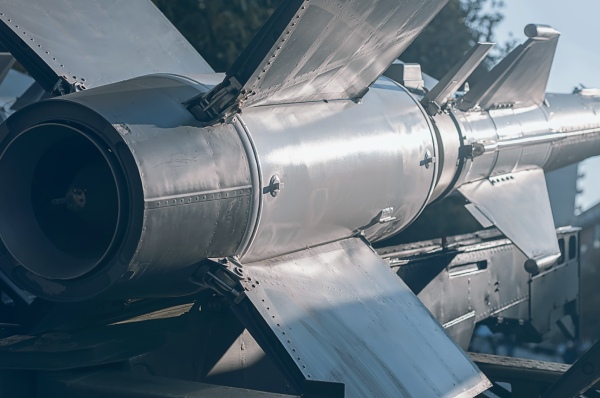