Federal Treasurer Josh Frydenberg has outlined the government’s plans to move forward with a tranche of new crypto-asset reforms.

In a speech to the Australian-Israel Chamber of Commerce (AICC) this week, the Federal Treasurer described the move as the most signficant update to Australia’s payments system in 25 years.

“For consumers, these changes will establish a regulatory framework to underpin their growing use of crypto assets and clarify the treatment of new payment methods,” he said.

Mr Frydenberg emphasised the importance of Australia maintaining sovereignty over its payments system, framing the rise of digital payments and cryptocurrency technologies as an opportunity.

“Australia has an opportunity to be among the leading countries in the world in leveraging this new technology,” he said.

The proposed reforms line up with many of the recommendations made by the Senate Select Committee on Australia as a Technology and Financial Center’s final report on the matter, which was tabled earlier this year.

Mr Frydenberg said that the government plans to begin the process of developing and introducing a licensing framework for digital currency exchanges and a custody regime for businesses that hold crypto assets on behalf of customers.

Another big announcement here will see the federal government move forward on Australia’s first retail central bank digital currency (CBDC), with a pilot program expected to move forward before the end of 2022.

The Board of Taxation will also be charged with advising on a new policy framework covering the taxation of digital transactions and assets, with results expected in the second half 2022.

Mr Frydenberg also expressed an interest in tackling the issue of de-banking, though it isn’t yet clear what form that will take.

Commenting on the move towards the regulation of cryptocurrencies in Australia, Kraken Australia managing director Jonathan Miller said that the company welcomed the news.

“It is positive to see the government recognise the enormous opportunity for Australia to be a market leader in cryptocurrencies and fintech competition,” he said.

Mr Miller said that the company is supportive of the steps being taken towards launching a retail CBDCs in Australia, but urged caution when it comes to the licensing of digital currency exchanges and custodians like themselves.

“It’s critical that the government consults with the industry so that best practice can be developed by looking at existing secure and trustworthy exchanges. The novel character of digital assets means there is no existing licensing regime that is appropriate,” he said.

Mr Miller warned that the introduction of an onerous market licensing or crypto asset custody regime could risk driving these businesses offshore.

“We don’t have to look far to see the effects of a heavy market license on the industry of other jurisdictions such as Japan whereby only a small handful of exchanges are able to manage the costs associated with maintaining market licenses and those costs are ultimately passed onto consumers,” he said.

“It's great to see that the gaps in Australian regulation relating to digital financial products and the exchanges who support them are being finally addressed at the highest level of authority, and the Coalition Government is not shying away from the big issues surrounding crypto, payments and de-banking.,” she said.

In her opinion, the big news here is the announcement of tangible timelines around the delivery of these reforms.

“The Australian cryptocurrency and blockchain industry have been working away for the guts of a decade to build it to where it is now. It would be a crushing shame to not have our regulation keep pace with international peers such as Singapore, Canada and Britain,” she added.

In contrast, Shadow treasurer Jim Chalmers downplayed the significance of the announcement.

“Nothing Josh Frydenberg says today will happen before the election. This is just a commitment to consult on the Government’s last consultation.” he said 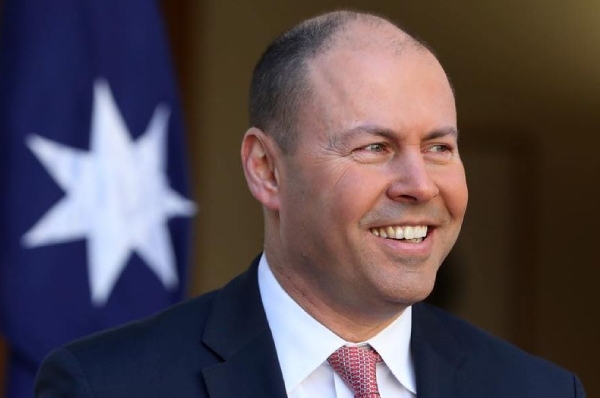