Those nearing retirement are starting to ask the right questions.

As more and more Aussies approach retirement, they’re growing in both their optimism and engagement on the topic.

According to Investment Trends’ 2021 Retirement Income Report, the majority of Australians over the age of 40 are ready for retirement.

“For the first time in five years, one in two retirees expects their retirement savings will outlast their years in retirement,” he said.

While the report broadly found that optimism among the yet to retire has grown, with 16 per cent claiming to be well prepared, 45 per cent described themselves as “somewhat prepared”.

The report also noted an increase in concern among pre-retirees regarding recent regulatory changes.

“We are seeing the prospect of regulatory changes impacting peace of mind for many Australians either heading towards or in retirement,” Mr Mayell said.

Whilst illness remained the most pressing concern for many pre-retirees, the number of them worried about new regulatory changes doubled from 19 per cent to 41 per cent over the last year.

Investment Trends found that one in two Australians aged over 40 inquired about estate planning over the past 12 months, with those who do not yet have such a plan welcoming information about superannuation death benefits and wealth preservation.

“With an improved retirement outlook more Australians say they would eventually like to leave the balance of their super to their heirs, welcoming increased estate planning advice and content,” Mr Mayell said.

Eighty per cent of those surveyed said that the main asset they’d be passing on to their family would be a home, while 53 per cent saw their super fund as their biggest contribution in the event of their death.

Mr Mayell said that the discussion around the development of the retirement income covenant couldn’t have come at a better time.

While the data suggested that the overall sentiment around retirement among Australians is positive, he said that many consumers are either unaware of or unconvinced by the retirement income products offered by their current super fund.

When the retirement income covenant comes into effect from 1 July 2022, it will codify new obligations for superannuation trustees when it comes to how they handle members approaching retirement.

“There are enormous opportunities for super funds to provide clarity about the pension products and strategies they offer,” he said. 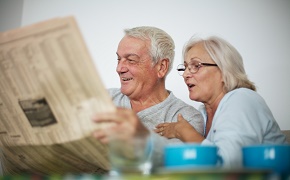