Super funds that invest responsibly are financially outperforming their peers.

A new report from the Responsible Investment Association Australasia (RIAA) has found that super funds that invest responsibly are outperforming other funds and increasing their market share.

In its fourth biennial survey of Australia’s largest super funds, the RIAA found that leaders in responsible investment have outperformed other MySuper products by 87 basis points over three years with a return of 8.44 per cent as of June 2021.

Over five years, responsible super funds lead by 74 basis points delivering a return of 9.10 per cent, while over seven years they outperform by 56 basis points with a return of 8.29 per cent.

While accounting for a quarter of the funds analysed by the RIAA, the 13 responsible super funds hold 42 per cent of total assets compared to 28 per cent in the last survey in 2019.

“Australians are realising the often superior financial performance of leading responsible investment super funds, and are moving their money to reap not only the benefits for society and the environment, but their retirement savings as well.”

Ninety-two per cent of the super funds surveyed by the RIAA said that climate risk is actively assessed at a trustee/board level, up from 74 per cent in 2019 and 64 per cent in 2018.

Responsible investment approaches are now influencing strategic asset allocation in a majority of super funds, increasing from 39 per cent in 2019 to 55 per cent in the latest survey.

Improving financial returns was the top driver for considering ESG in investment decision-making according to 33 per cent of super funds, ahead of helping manage investment risk (31 per cent), meeting fiduciary duty (22 per cent) and meeting member/consumer expectations (14 per cent).

Seventy-seven per cent of funds still need to improve their transparency in order to meet new legislative requirements to publicly disclose their portfolio holdings next year according to the RIAA. 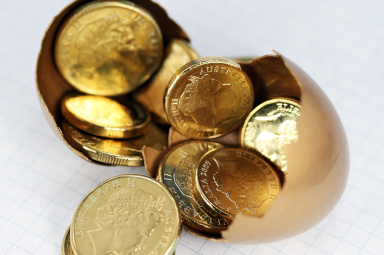