The SMSF Association is the latest industry group to throw its support behind the Financial Services Council (FSC) which proposes a number of advice reforms.

Released last week, the paper outlines a model that could reduce the cost of advice by almost 40 per cent (near $2,000) through recommendations that include abolishing the safe harbour steps for complying with the best interests duty and removing “complex” SoAs in favour of a letter of advice.

SMSF Association’s deputy CEO and director of policy and education, Peter Burgess, said the FSC’s paper reflects recommendations the peak body made to ASIC including the priority for reforms that reduce costs and increase accessibility to quality advice.

“So, a white paper that proposes reforms that will benefit clients and advisers, deliver cost savings and practical, relevant advice that consumers will understand and engage with gets our full support,” Mr Burgess said.

“In particular, we note that the FSC is calling for the need to restrict specialised advice to those who are authorised to provide that advice, and that this necessary reform should be enforced through standards.

“The importance of education and specialisation are key components of the Association’s core beliefs, and we endorse measures that seek to improve standards and recognise the need for specialisation.”

An analysis of the recommendations by KPMG found that the cost of providing financial advice would be reduced from $5,334 to $3,466, would save advisers up to 32 per cent of time when dealing with clients and allow them to provide advice to an additional 44 new clients each year.

While the paper has been welcomed by other groups including the Financial Planning Association of Australia (FPA) and The Advisers Association (TAA), the Association of Independently Owned Financial Professionals (AIOFP) slammed the proposal as “technically incorrect”, “offensive” and “politically motivated” in an open letter to FSC directors and management.

AIOFP executive director Peter Johnston accused the FSC of operating in tandem with the federal government to “placate” the advice community before the election.

“We have been reliably informed by some of your members that this document and its issues were NOT initially circulated [despite intimating it was...] among members for comment and it was embargoed in much the same fashion as a media release from a minister,” Mr Johnston said.

“However, and this is perhaps more of a problem than the FSC is willing to recognise, the question on the lips of many risk advisers is — why should we trust the FSC?” Mr Trapnell said.

“We still believe LIF was predicated on a lie, a lie that a culture of churn existed among advisers when there was scant evidence of it.” 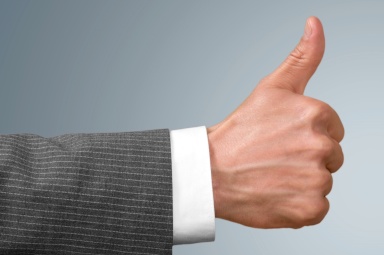