Almost $2 billion in compensation has been paid or offered by major Australian institutions in relation to financial advice-related misconduct.

The six institutions undertook the ASIC review that looked into the extent of failure to deliver ongoing advice services to customers who were paying fees for that service and how effectively the institutions supervised their advisers to identify and deal with “non-compliant advice”. 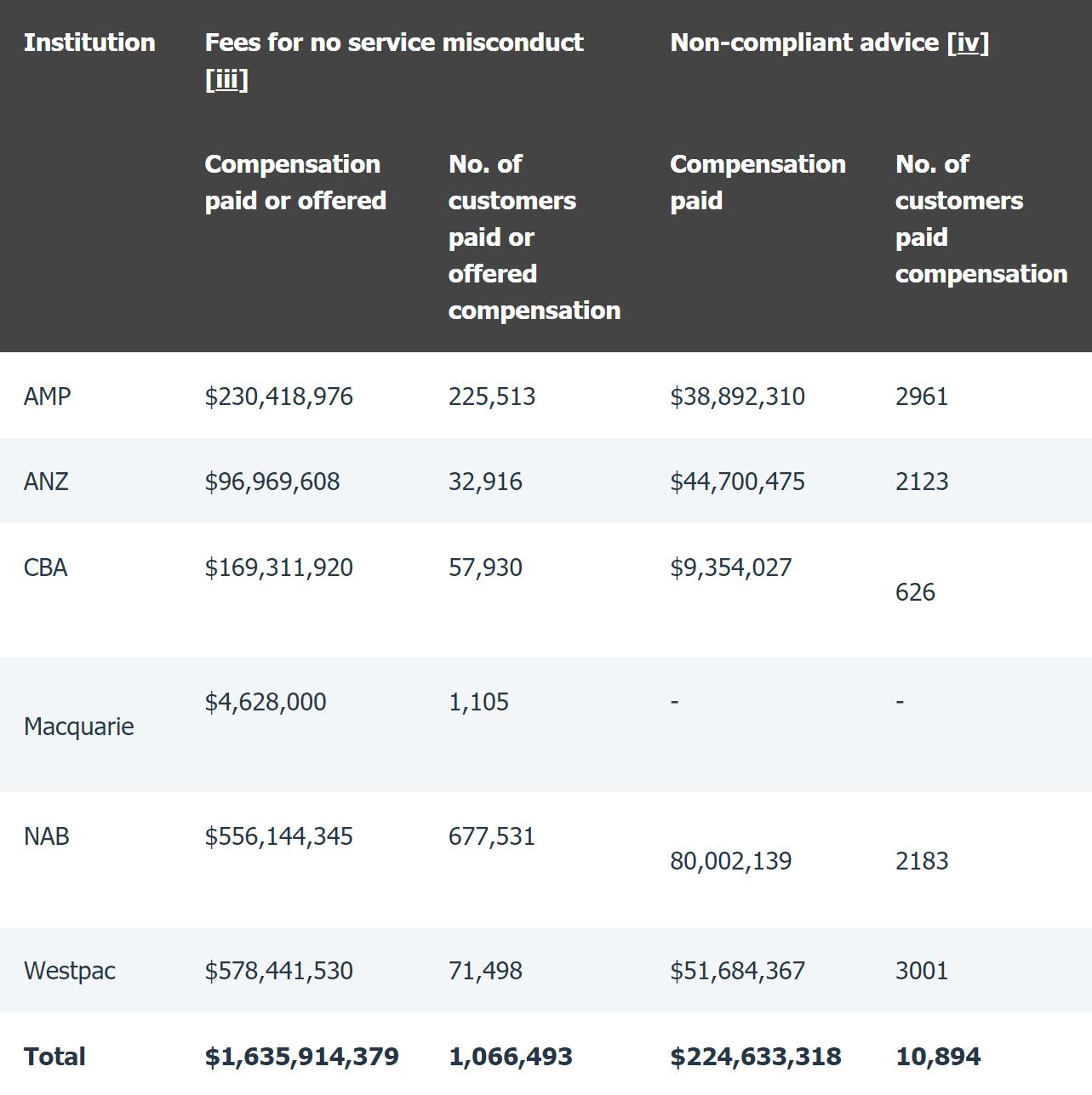