The government’s Your Future, Your Super reforms passed through the Senate on Thursday after heated debate around a number of its key provisions, including the requirement to staple workers to a single fund for life.

The legislation was debated on Thursday and passed 34 to 30 with amendments.

Following wide criticism, one of the amendments included the removal of giving power to Treasury as to where funds can be allocated.

The Your Future, Your Super package’s “stapling" measure – proposed to reduce multiple accounts by an employee who changes jobs – has been delayed to 1 November.

Minister for superannuation Jane Hume argued that delaying the measure by even a year will have a “significantly detrimental impact” on retirement savings.

“Members’ retirements savings will be boosted if action is taken as soon as possible,” Senator Hume said on Thursday.

“Treasury estimates that the performance test will cover 90 per cent of APRA-regulated accumulation assets from 1 July 2022,” Senator Hume said.

“Delivering on the intent to further extend the reach of the underperformance test, the government has tasked Treasury with undertaking a consultation process by 1 July 2022 to consider how best to expand the annual performance test to other superannuation products. That includes non-trustee products and retirement phase products.

“This will ensure the performance test continues to have appropriate coverage.”

"It will weed out many of the underperforming funds in the system and help consumers find better funds for their retirement savings. It will also help people save money by keeping their super in one account, putting a stop to the scourge of multiple accounts," Mr O'Halloran said.

"But there's more work to be done. We look forward to working with the government on its proposed consultations on extending coverage and removing inappropriate insurance. It is important all underperforming investment options are captured and people aren’t paying for insurance that doesn’t protect them.

"Finally, to hasten the pace of improvement we welcome commitments to give APRA a stronger hand to direct mergers, so consumers aren't left languishing in chronically underperforming funds."

However, AIST CEO Eva Scheerlinck was less favourable about the bill's passing.

“The changes, while removing an element of serious government overreach, have done nothing to address that more than one third of super savings will not be subject to scrutiny and disclosure and does not prevent members from being stapled to funds that have not been tested or have failed the test," Ms Scheerlinck told InvestorDaily.

"This means millions of Australians will be stuck in underperforming, untested products which will lead to lower balances at retirement."

Similarly, Cbus CEO Justin Arter said the government's "stapling" mechanism will lead to serious consequences for Australians in hazardous jobs who rely on insurance specific to their occupation.

“Cbus is proud to have been advocating for our members and for the high quality life and TPD cover we provide throughout this debate and to hear the support for our offering in both Houses," Mr Arter said.

“But the best public policy should mitigate unintended negative consequences. Negative consequences are now the risk for ‘stapled’ superannuation account holders who move into building and construction and other hazardous industries.

“Stapled to a fund without industry specific insurance tailored to hazardous jobs young Australians and their families will suffer financially if they are seriously injured or killed at work with no default coverage."

The government’s More Flexible and and Self Managed super bills were also passed in the Senate on Thursday.

As well as applauding the Your Future, Your Super bill passing through Senate, FSC CEO Sally Loane also said the More Flexible legislation is a win for Australian consumers.

"The changes to contribution arrangements for older Australians will make it easier for them to manage their superannuation and retirement planning," Ms Loane said.

“We were also pleased to see the government support amendments tabled by Pauline Hanson’s One Nation to allow individuals who withdrew superannuation during the COVID-19 crisis to recontribute those amounts without being penalised.

"This is consistent with FSC advocacy as part of a holistic response to the COVID-19 early release scheme.”

It’s expected that the laws will come into effect on 1 July. 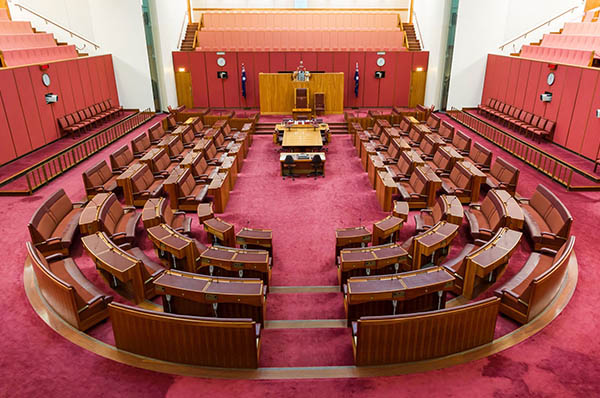