More than double the number of households are in a fragile financial position compared with pre-COVID, FPA and CoreData research has found, but two-thirds of consumers have said they would want more information about the fees and costs of seeing a planner before seeking advice.

The CoreData survey presented by the FPA has shown consumers are shifting their behaviour as a result of the coronavirus crisis, with four in five Australians taking action to minimise the impacts on their personal finances.

Cutting down on discretionary spending was the most common course of action, as voted by 63.5 per cent of consumers, followed by reducing spending on essentials (47.8 per cent), cancelling memberships (36.7 per cent), seeking additional work or jobs (16.9 per cent) and applying for financial support/loans (12.8 per cent).

Despite the actions individuals have taken, more than twice as many households were found to be in a fragile financial position compared with before COVID.

The most popular option for support in recovering financial positions was “tips and advice from companies I pay regular bills to on how to reduce bills” (31.9 per cent) and a website or other free resource that explains financial services and supports available.

Affordable advice and support from a financial adviser came in at third, for 25 per cent of consumers.

Around 65.6 per cent of consumers said they didn’t think they had enough assets or wealth to need advice, while 61.5 per cent said it was not yet the right time for them to seek advice.

A majority (60.5 per cent) did not believe they could afford advice, while just under half (49.4 per cent) said they would prefer scoped advice to assess the value or build trust before seeking comprehensive holistic advice.

Around 43.9 per cent said they saw the value in receiving advice from a planner.

But trust among advised clients remained high through the pandemic, with them being more likely to recommend their adviser during COVID.

Speaking at a recent FPA keynote event, Paul Clitheroe, chair of financial literacy at Macquarie University, pointed to the current regulatory framework with rising compliance costs meaning advisers could only support high-net-worth individuals and other well-off consumers who could afford advice.

“That satisfies the top 10 or 20 per cent of the population of Australia,” Mr Clitheroe said.

“What do we do for the other millions of people who want to talk about everything from their credit cards to investing a hundred dollars, to talking about [whether they should] put a thousand dollars in super or [towards paying off their] mortgage? That remains the challenge.”

FPA chair Marisa Broome echoed that advice is inaccessible for most Australians.

“We at the FPA want to change this,” Ms Broome said.

“We want more Australians to seek financial advice but to do that they need to be able to access it and afford it. I passionately believe that helping Australians to build their financial capability and understanding is critical, not just to them individually, but to the nation.”

But she added the association was not against increased professional standards.

“Where we are concerned is that we have regulators who do not seem to want to work together, who’s interpretation of rules is vastly different and this creates uncertainty and conflict,” Ms Broome said.

“We have licensees closing up, leaving hundreds of financial planners without a place to work. And those who are staying are doing so with the lens compliance, where they have often lost sight of clients’ best interests, but rather they have focused on mitigating business risks.” 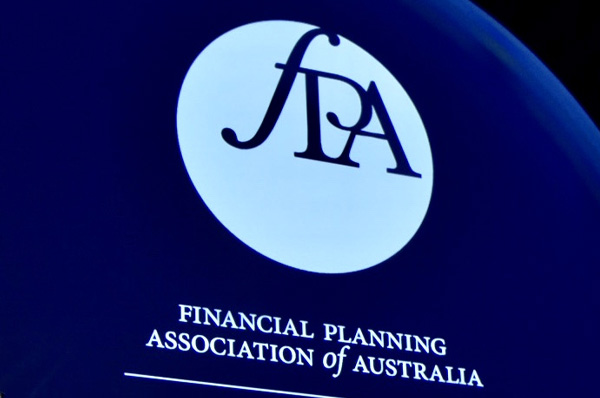